HomeLatest News12 thousand kilometer long route: along the path of oil from the...
Latest News

12 thousand kilometer long route: along the path of oil from the well to the consumer KXan 36 Daily News 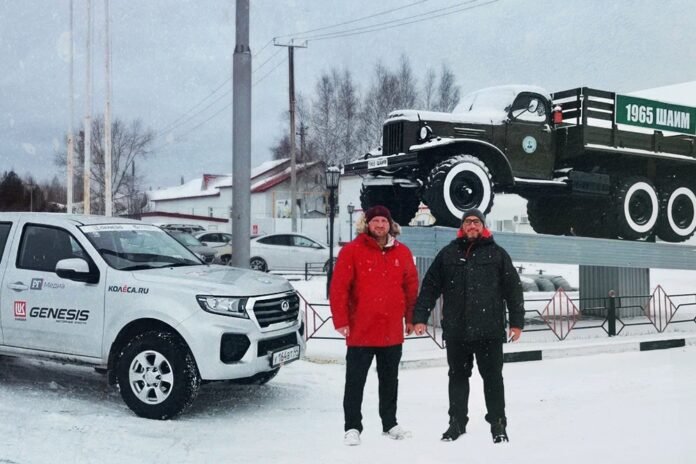 We leave from Moscow, in an all-terrain vehicle rented from AvtoRenta. This company has more than 20 years of experience in the Russian market. Here, even the most demanding motorist will be able to take a car to his liking, for any trip and for a long time. The team filled the engine with new oil, from the LUKOIL GENESIS line. These are synthetic oils developed using innovative technologies. They provide a high level of protection, reliability and efficiency of engines, which you need for more than tens of thousands of kilometers of travel.

Moscow was chosen to start the route as the founder of the production of lubricants. It was here that in the second half of the 19th century the industrialist Viktor Ragozin formed the “Stock Company” Ragozin and Co. “for the production of petroleum mineral oils.” And at the end of 1877, a plant for the production of lubricating oils from fuel oil, called Oleonafta, was built in Balakhna. They surpassed all existing analogues and received a gold medal at the World Exhibition in Paris. In addition, in 1879, the Konstantinovsky plant for the production of petroleum lubricating oils was built in the Yaroslavl region – the largest not only in Russia, but also in Europe. The next important milestone is the beginning of the second half of the 20th century, when oil refineries were massively built. And since the beginning of the 90s, in difficult economic conditions, Russian manufacturers of oils and additives in a few years have followed the path that took decades for world players.

The first stops of the team along the “oil route” were the cities of Uray, Kogalym, Langepas, which gave the first letter of the abbreviation LUKOIL, which is found on oil cans and not only. The word “oil”, let’s remember, comes from the English oil – oil.

The first Western Siberian oil was found in Uray, in the 1950s. And the first source of “black gold” beat on June 21, 1960 – this date is considered the starting point for the development of the oil industry in the entire region, whose oil and gas basin is 13,000 square meters. kilometers Billions of tons of oil have already been produced here, and the Shaim-Tyumen oil pipeline begins here, with a length of 440 km and a capacity of more than 7 million tons per year. Of this amount, 40,000 tons of oil can be manufactured.

Now Uray is a well-maintained oil monotown. Here you should definitely visit the museum of the history of the city. Its exhibition is dedicated to oil production. A huge interactive booth broadcasts images of oil transportation and refining. In the museum you can see core samples from all fields, real oil and its products. Guests are always surprised by the fact that oil can be not only dark, but also green and yellow, and even almost transparent.

On the way from Uray, travelers stop in the small but cozy capital of the region – the city of Khanty-Mansiysk. Despite the fact that Khanty and Mansi make up only 3.5% of the city’s population, their culture and traditions are closely intertwined with the life of Khanty-Mansiysk and are embodied in the architectural forms, culinary preferences of residents and attitude towards the world around them. .

The next important stop for Alexey Zhirukhin and Sergey Lysenko is Kogalym. One of the largest companies in the oil industry is located here. Thanks to the support of oil workers, the city built the Galaxy sports and cultural complex with an oceanarium, a water park with a wave pool for surfing, movie theaters, restaurants, shops, a bowling alley, a climbing wall, a children’s skating rink . and a greenhouse of seven gardens that represent the flora of various areas of the world, despite all the harshness of the local climate.

And Langepas is the eastern end of travel bloggers, another oil town with an equally interesting history. Modern, well-groomed and compact, with a population of just over 45,000 people, the city organically fits into the taiga landscape, rich in flora and fauna.

A beautiful but harsh region of the Ugra. In winter, the air temperature in these places reaches -50, in summer – up to +40. Without high-quality oil, in the conditions of any winter, not to mention the harsh northern one, one cannot survive. Special oils are needed here, which have high low-temperature properties and the right viscosity class. For winter in this region, travel bloggers advise choosing oil with a viscosity of 0W so that the engine starts easily even on the frostiest mornings. The LUKOIL GENESIS ARMORTECH line of all-weather motor oils is suitable, what you need in severe frosts.

Oil towns are well-kept and welcoming. Its main advantage is hundreds of thousands of people, thanks to whose labor tons of oil are extracted every day, which is then used for processing. According to experts, about 60% of Russia’s recoverable reserves are concentrated in the bowels of Yugra, which will last 35 years. These are huge reservoirs, considering that every minute the world burns so much petroleum fuel that it could fill four Olympic-sized swimming pools.

Continue reading in the next article.

Share
Facebook
Twitter
Pinterest
WhatsApp
Previous article
Call the hurricane “Vovchik”: an unprecedented “winter storm” hit the US after Zelensky’s departure
Next article
You can make a postcard for a NVO fighter at the main skating rink of the Moscow region