HomeLatest News650,000 farmers and ranchers are affected by the mayor's change in the...
Latest News

650,000 farmers and ranchers are affected by the mayor’s change in the CAP 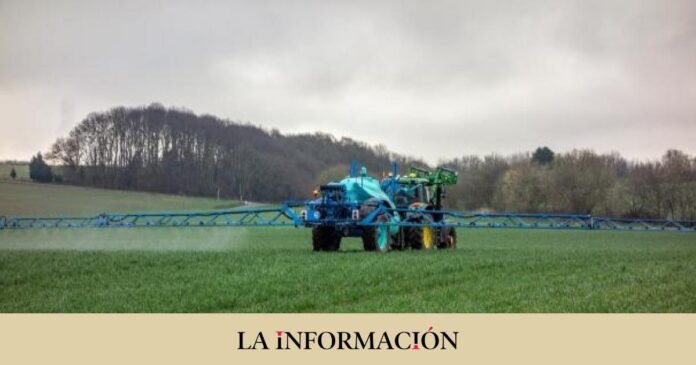 The new Common Agricultural Policy (CAP) that will govern the countryside between 2023 and 2027 comes into force this Sunday, January 1, with profound changes that will affect more than 650,000 farmers and ranchers in Spain, the third beneficiary country, with the 47,000 never assigned. millions of euros.

The European Union (EU) applies from this Sunday what is considered the most ambitious agrarian reform in its history from an environmental point of view, and the second most profound in terms of transformations in the management of funds that come from the community coffers .

The new CAP comes after an unprecedented year of transition due to the energy and food crisis that triggered the war in Ukraine and in a context of inflation, especially in the shopping basket. Among the novelties, the increase in environmental objectives when distributing funds for aid and a design in which governments will have more responsibility because each country decides how to apply this strategic policy through a national plan stand out.

In Spain some 658,000 people work in agriculture and livestock, according to the latest data from the National Institute of Statistics for the third quarter, while the Ministry of Agriculture, Fisheries and Food (MAPA) estimates that 630,000 coarlas may be producers.

Thanks to the PAC, Spain will receive 47,724 million euros between 2023 and 2027, making it the third most benefited country, behind France and Germany; According to the MAPA, farmers will receive 7,150 million euros per year. For Spain, subsidies represent 20% of agricultural income.

The CAP has two pillars, the first of direct support and market measures, and the second, dedicated to rural development, with programs co-financed by the Member States to promote activities other than or complementary to agriculture in the field. The Spanish amount for the field exceeds 50,000 million euros if said co-financing is included.

The reform introduces “eco-regimes”, which means that 25% of the aid will be for a set of practices beneficial to the environment. It implements national strategic plans, in which governments will have greater responsibility.

Among the environmental practices that prevail rotation are that of crops and fallow obligations, now interrupted, within the special measures approved by the EU in reaction to the Russian invasion and the tight supply. The new CAP includes a redistributive payment for agricultural SMEs in order to make the subsidies fairer.

Aid for young people increases, including a 15% bonus for women who join the activity and interventions for 612 million, with programs for fruit and vegetables, wine, beekeeping and, for the first time, extensive olive groves.

The national law that regulates the management of the new PAC has already been approved and is complemented by 18 decrees, eight of which were published in the Official State Gazette (BOE) in the last week of 2022; two rules but do not condition that they can begin to be applied remain the plan.

The entry into force of the CAP alters the calendar for the processing of aid, according to the Spanish Agrarian Guarantee Fund (FEGA). These are the most important dates:

-March 1 to May 31. Deadline for submission of the single application of 2023 for aid. This year it will be delayed compared to a usual exercise.

-June, 15. The deadline for submitting changes to the application ends.

-August 31. Deadline for farmers who have received notifications of incidents to submit modifications.

-October 16-November 30. The autonomous communities that decide so will be able to pay advance payments of the 2023 aid.