HomeLatest News66% of Spaniards assure that embezzlement is changed by taking out the...
Latest News 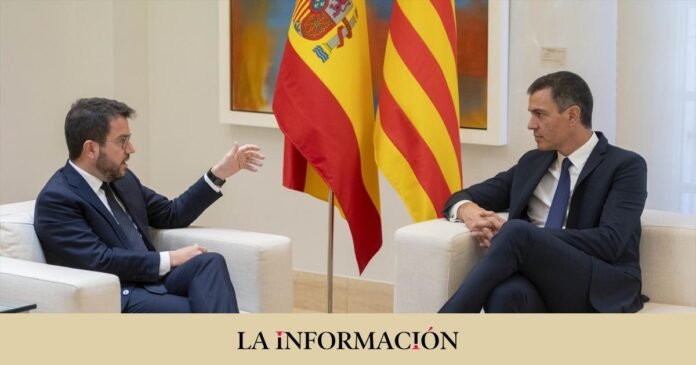 The reform of the crimes of sedition and embezzlement has been one of the issues that has inflamed the political debate the most in recent weeks. A controversial bill that is expected to see the green light this Wednesday in the Senate, as announced by the Board of the Upper House this Tuesday after a meeting that lasted just over an hour. The controversy has gone beyond the seats of the chamber and has been transferred to the citizens, who, in the same line as the opposition, have shown their rejection: 66% assure that the change in the Penal Code is a concession to the independentistas in exchange for his support for the General State Budget Law (PGE), according to the latest Dym barometer for La Información.

During its elaboration and debate, the Government defended that the change responded to an adaptation of the criminal legislation to the European Union legal system and not to the demands of the parties in the process. Well, at the time of the vote in the Congress of Deputies, the bill had already secured the 174 votes it needed to be approved by a simple majority (more yeses than noes). Although later the 13 from Esquerra Republicana (ERC) joined. However, more than half of voters (51.9%) believe that the main objective of modifying both crimes is to reduce or annul the sentences of specific political figures.

The majority impression (56.8%) is that an instrumental use has been made of the laws, weakening the rule of law. A feeling that even extends to more than half of the voters of the PSOE, the main party in the Government. However, the rest of the Spaniards are motivated by these reforms and advocate less punitive regulations, with lower penalties. Although 55% think that the reform will worsen coexistence among Catalan citizens, especially among voters of PP, Vox and Cs. And almost 60% even believe that the understanding between the political parties in relation to the Catalan independence movement will worsen.

Since May 2022, absolutely all the leaders of the main political parties have seen their valuation by citizens worsen. Dym’s survey is clear and confirms the lack of interest shown by voters towards their representatives, since none of them pass. Alberto Núñez Feijóo (PP) is in the lead, with 4.1 points out of 10. In second place is Yolanda Díaz (UP), with 3.9 points and in third position is the Prime Minister Pedro Sánchez (PSOE ), with 3.5% In the worst positions, Santiago Abascal and Irene Montero are relegated, with 2.5 and 2.4 points, respectively. While the general secretary of United We Can, Ione Belarra, does not even appear.

Who has broken into the electoral spectrum is the figure of Edmundo Bal, who stands practically at the height of Inés Arrimadas (3.1), with 2.9 points. On November 2, the number two of the orange formation announced his candidacy to dispute the leadership of Ciudadanos. A last-minute maneuver that aims to capitalize on the large volume of votes lost in the last elections and that, for the moment, has shown no signs of improvement: the poll barely estimates one seat for the self-styled “liberals.”

In general terms, the December barometer represents a slight change in trend with respect to the barometers of recent months. The bipartisanship recovers a large part of the vote that UP and Vox lose, with a PP that seems to stop the degradation that it had been experiencing since July and recovers some positions against the PSOE. All in all, the “Feijoó effect”, which peaked after the Andalusian elections, has been diluted considerably.

In the current formation of forces, the sum of the right would reach an absolute majority of seats: the PP would obtain between 128 and 133 seats (31% of the votes), the PSOE between 103 and 107 (with 27% of the votes, 1 3 points less than in the last elections), Vox between 48 and 52 (with 15.5%) and UP would obtain a maximum of 22 deputies. For their part, the independentistas, nationalists and the remains of small groups would occupy up to 42 seats, maintaining a substantial weight in the chamber.

A repositioning of the conservatives encouraged by the disapproval of the government’s actions by voters, whose assessment remains at 3.8 on a scale of 0-10. The survey analyzed by La Información is based on data collected between December 14 and 17, 2022, with a sample of just over a thousand people.

Share
Facebook
Twitter
Pinterest
WhatsApp
Previous article
“We can only help you die”: instead of supporting the poor and sick, in Canada they offer euthanasia
Next article
Ufa authorities to step up efforts to catch stray dogs KXan 36 Daily News