HomeLatest News"A gift for a million": Evgeni Plushenko made a generous gift for...
Latest News

“A gift for a million”: Evgeni Plushenko made a generous gift for his wife 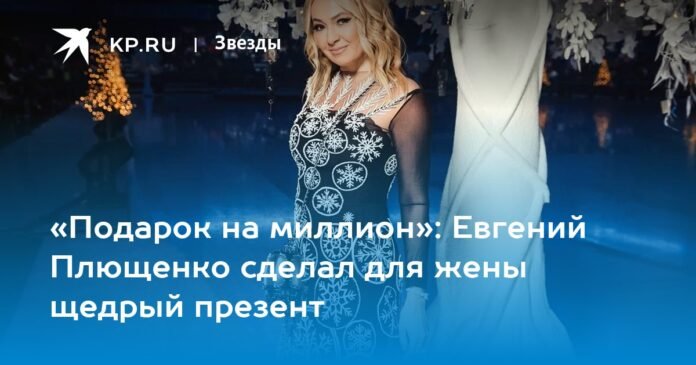 As Yana herself admitted to the audience, she is happy that the Snegurochka show broke the world record on her birthday.

Last year, Olympic champion Evgeni Plushenko missed the premiere of his ice show Snegurochka. Illness prevented the athlete from going out on the ice.

“He came down with a temperature of 39.5, caught the flu,” the champion’s wife, producer Yana Rudkovskaya, told kp.ru.

But on his wife’s birthday, January 2, Zhenya pulled himself together and skated the show “Snegurochka”. In the final of the production, the birthday girl Yana Rudkovskaya also appeared on the ice. The director of the play, Sergei Filin, presented Yana with a huge bouquet of roses, then she took out a huge cake decorated with fresh fruits on ice. The arena of many thousands congratulated the blonde with applause.

Alexander Plushenko was one of the heroes of “Snow Maiden”, he skated his part together with the legendary figure skater Alexandra Trusova.

As Yana herself admitted to the audience, she is happy that on her birthday the program “Snegurochka” broke the world record – 146 people take part in the production.

In the VIP parterre, Yana was supported by her eldest son Nikolai Baturin. And the middle child, Alexander Plushenko, was one of the heroes of the Snow Maiden, he skated the part of it together with the legendary figure skater Alexandra Trusova. After the show, the Plushenko family went to a restaurant to celebrate Yana Rudkovskaya’s birthday.

– Zhenya gave me a million rubles today. I don’t know what I’ll spend on. What I want is not enough. I will put this money aside for now, then I will choose a gift, ”Yana Rudkovskaya admitted.