A new film with Ivan Urgant and Alexei Serebryakov was taken off the air: this is what really happened 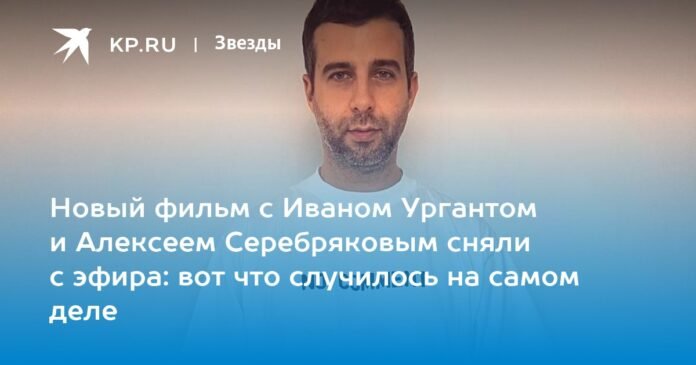 The new year began with an unpleasant surprise for Ivan Urgant and his colleagues in the acting department. On New Year’s Eve, fans of the host program “Evening Urgant” prepared to watch the film “Incident in the country of Multi-Pulti” with the participation of the artist. However, for an unknown reason, the image was removed from the program.

Ivan Urgant fans have been discussing an unpleasant incident all day. They could never see the film “The incident in the country of multicontrol” with the participation of the showman, in which he played Carlson.

Ivan also wrote in the blog: “Guys, I almost forgot. We don’t see each other often this year. But this does not negate the main thing – I love you very much. Not all of course … Although not, everyone. Happy New Year ”.

Earlier, TV critic Arina Borodina noted that Urgant was not announced as the performer of one of the film’s roles until the last moment and appeared on the bill at the very last moment. In the blog, he explained his point of view on the situation this way: “There are no official comments and reasons for withdrawal. But it is clear. In the evening, the project got a new “billboard” where Ivan Urgant plays the role. from Carlson. And even the trailer appeared in the style of “Evening Urgant. Prior to that, Urgant had not been declared anywhere.”

The film is a new version of a musical work released in 1973. The project was based on the work of the same name by Arkady Khait and Alexander Levenbuk with music by Boris Savelyev and Alexander Flyarkovsky. This is a story about villains kidnapping fairy tale characters, but in the end, good wins.