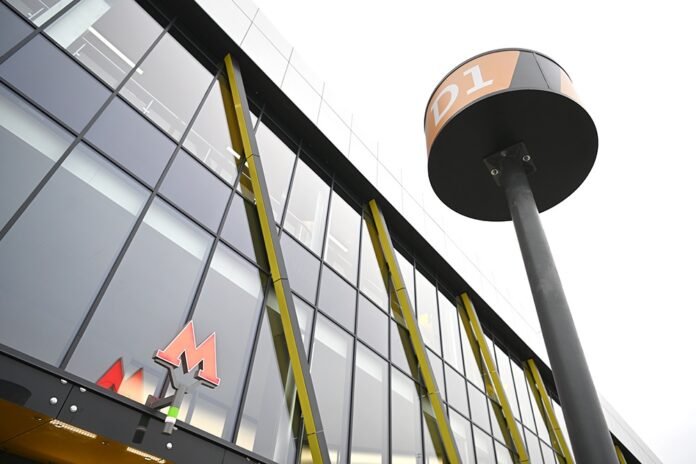 As Andrey Bochkarev, Deputy Mayor for Urban Planning and Construction Policy, noted at the “Business Breakfast” in the editorial office of “RG”, this organization is not engaged in either the design or construction of the metro and MCD, but only from the analysis. of the progress of the work, but the milestones reflected by it on the map are correct.

However, most of the innovations can already be predicted by Muscovites themselves, looking at the development of the capital’s transport system. For example, it is already evident that in 2023 it will be possible to travel on the Big Circle Line of the subway. Of the 31 stations located along it, nine remain to be opened, five of them have already undergone technical commissioning, and four more, in the eastern section, Klenovy Boulevard, Nagatinsky Zaton, Printers and Tekstilshchiki, commissioned. technical march – happen before the end of this year. After executing this section and checking the operability of automation, telemechanics and train traffic control, nothing will prevent, as Mayor Sobyanin said, the opening of passenger traffic throughout the Great Ring already in the first quarter.

In total, in the same 2023, 14 stations will be opened in the metro: in addition to the BCL, two stations of the Solntsevskaya line, Pykhtino and Vnukovo, will be put into operation, and, thus, the first airport in Russia will appear. , which can be reached from the city by Metro. In addition, residents of the north of Moscow, who also live outside the Moscow Ring Road, will receive three new stations: “Yakhromskaya”, “Lianozovo” and “Phystech” on the Lyublinsko-Dmitrovskaya line.

As predicted in the scheme, by 2027 the longest radial metro line will reach Troitsk, the length of which is 40 km. And sections of this line, from the ZIL station to Krymskaya, as well as from Novatorskaya to Kommunarka, Bochkarev confirmed, will work even earlier, in 2024. After 2028 until 2030, the Rublyovo-Arkhangelskaya line will be replenished with three new stations: Lipovaya Roshcha, Rublyovo-Arkhangelskoye and Ilyinskaya.

For residents of the entire metropolitan region, the effect of the appearance of the surface metro – the Central Diameters of Moscow – will become more visible. The two existing MCD-1 and MCD-2 will join MCD-3 and MCD-4 next year, with new trains and convenient urban stations instead of suburban platforms open to rain and wind.

Share
Facebook
Twitter
Pinterest
WhatsApp
Previous article
Penélope Cruz, 48, posed in her underwear for the cover of a magazine
Next article
Latest news on the situation in and around Ukraine on December 25, 2022: Odessa refused to rename streets and Zelensky associates call for missile strikes against Iran