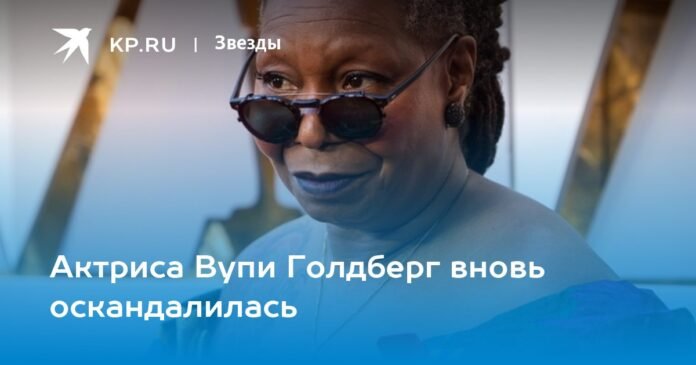 The real name of the American actress, producer and writer Whoopi Goldberg is Caryn Elaine Johnson.

American actress, producer and writer Caryn Elaine Johnson, better known as Whoopi Goldberg, made a controversial statement about the Holocaust during an interview.

The actress said that she does not consider Jews a race, and that the Nazis’ selective destruction of representatives of the people during World War II has nothing to do with racism.

“My best friend said, ‘It’s not for nothing that there isn’t a column for the Jewish race in the census. That makes me think we probably aren’t a race.” Initially, it wasn’t about race, Goldberg said, adding that if she were in a crowd of residents of Nazi Germany or Nazi-occupied territories, she would have been noticed, but there would be no Jews or Jewesses.

To the journalist’s comment that even the Nazis considered Jews a race, the actress responded that definitions of oppressors could not be trusted.

This is not Whoopi Goldberg’s first controversial statement in relation to the Holocaust: she has also previously argued that the genocide against the Jews was not a manifestation of racism, but a form of “white on white” crime.

Interestingly, Goldberg herself likes to refer to herself as Jewish and even took her famous pseudonym, as Johnson’s name “wasn’t Jewish enough for a star.” However, the researchers could not find anyone among the ancestors of the actress who was related to the Semitic peoples, and all her genetic roots go back to Africa.