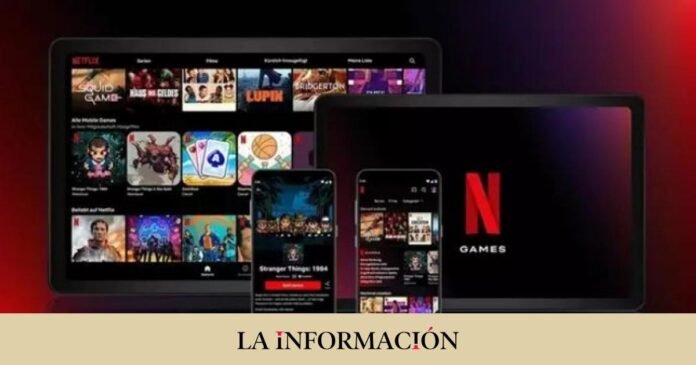 Netflix’s cheapest but ad-supported plan attracted the fewest new subscribers of the streaming company’s four tiers of service in its first month of launch, figures just released by the company show. One more piece of evidence that the company is going through difficulties that may take time to resolve. At least, it’s something that experts follow today.

Netflix fell back on the expected numbers. “There are a number of inaccuracies in this report. It is still too early to assess the performance of our ad-supported option and we are pleased with its launch and engagement, as well as the enthusiasm of advertisers to partner with the company,” a company spokesperson said.

The ad-centric model represents the search for balance for Netflix. The goal is to attract more fans and reduce churn (the streaming service suffered fan losses in the first two quarters), but also to ensure that not too many viewers leave the more expensive planes and reduce revenue.

In its most recent quarterly results presentation, the company said it doesn’t see much change to its roadmap and that members won by the ad-focused plan would boost revenue and cash flow. “For now, however, the ad-supported plan is in the crawling phase, with no walking or running,” the company’s co-CEO Theodore Sarandos said in a forum with UBS on Dec. 6.

Still without the scheduled audience

Last week, the publication Digiday reported that Netflix is ​​allowing advertisers to recover money for ads that have not yet aired because the new level does not reach the audience expected by the company. The shares lost almost 9% when this report was released. But it is that it rains as it pours and many investors are losing patience. Wall Street analysts, including Jefferies’ Andrew Uerkwitz, have argued that the ad-supported streaming package on the platform “doesn’t optimize revenue for a couple of quarters.”

Indeed, Benchmark analyst Matthew Harrigan, who has been bearish on the stock since mid-year, said in a report that the launch “was rushed.” He pointed to limited testing for the customer base and unrealistic above-market prices for advertisers: around $65 per 1,000 viewers.

the sea of ​​doubts

Also this month, Reelgood, which is dedicated to placing ads on streaming services, noted that the model based on ads is 245 fewer movies and misses out on popular titles like “Bullet Train,” which has been in the top 10 on its platform for two years. consecutive weeks. Netflix, on its website, states that the plan allows for “a limited number of movies and TV shows.”

Investors could find more clarity in the company’s fourth-quarter results, due to be released on January 19, but until then they have no choice but to wait. “Netfix continues to raise a sea of ​​doubt for investors and, therefore, we have been left out for some time,” comment analysts at Atlantic Capital.

“We think that with the fall in demand in the future, derived from the interest rate hikes of the main central banks of the world, the subscription business models will probably suffer an adjustment, since the priorities of consumers will change when a recession arrives. economy”, says the firm’s report.

Meanwhile, the revulsion for the Netflix plan with advertising will come with the implementation of penalties for users who share their accounts with other users outside the home or device. The strategy has already been announced by the company but it is now known that it will begin imminently with the arrival of 2023, according to ‘The Wall Street Journal’.

The company will begin to ‘inconvenience’ some of its users on the platform to cause those who do not have an account to access the plan with ads. Shared accounts have become a problem for Netflix, which has 223 million subscribers but an additional 100 million non-paying regular users. The platform began to charge extra to the account holder for each additional member who uses it as a sub-account.