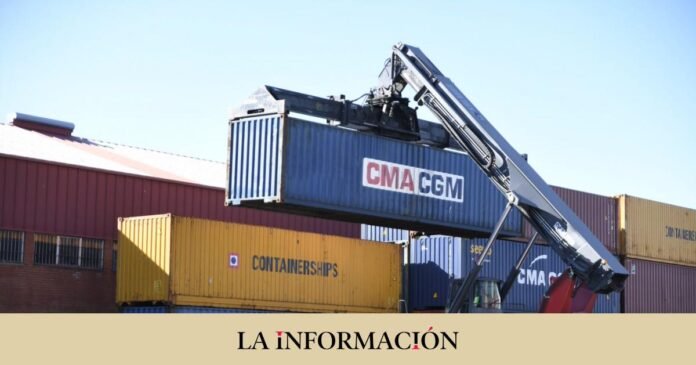 Adif has withdrawn the classification of “strategic infrastructure” from the Madrid-Abroñigal freight rail terminal, located four kilometers south of Puerta del Sol, and opens the door to the future development of the area, of which the network manager ferroviaria is a 100% owner, which would expedite the procedures. Built on 320,000 square meters of land and located next to the M-30, the facility houses a technical station with 17 tracks and a logistics facility with a capacity for 8,000 containers.

In 2019, Abroñigal moved 3,774 trains and more than 100,000 containers, although Adif has exposed in recent months its intention to move a large part of the terminal’s activity progressively. In order to find out its possible uses, in June 2021 it put out to tender a report that would analyze the future possibilities of the merchant terminal, which also showed up the adjoining land of the old Santa Catalina station, but not the maintenance facilities that Renfe owns in the known area. as “Black Hill”.

The entry of the network manager in the Puerto Seco de Coslada has been the movement that confirms the intention of the public company to close the terminal in the near future, leaving only the Vicálvaro terminal in Madrid on its list of strategic logistics nodes. This facility will receive an investment of 300 million euros that will allow it to assume Abroñigal traffic once its closure is confirmed.

In the hands of the Madrid City Council

The ‘Operation Abroñigal’ is not new. It has been hanging around the drawers of the urban planning area of ​​the capital for two decades, since the former mayor Alberto Ruiz Gallardon proposed moving the Atocha station there, which was beginning to become saturated. intermodal station; 184,704 m2 for green areas and 156,753 m2 for residential use.

The planes of the Ministry of Transport and Adif, on the other hand, have moved towards the conversion of Chamartín into the central station of the Spanish high speed, so that its use as a railway node seems ruled out. This opens the possibility of building more homes or allocating it to tertiary uses, as Más Madrid will recommend in June 2021, which advocated building public housing and a campus of the Polytechnic University of Madrid.

Abroñigal container terminal, next to the M-30 Madrid City Council

To carry out the operation, the approval of the City Council is required, since the conversion of railway land to another type of land requires a modification of the General Urban Planning Plan (PGOUM). In October 2021, the deputy mayor of the capital, Begoña Villacís, announced her intention to start the technical works that would allow the urbanization of the area, which according to her estimates would accommodate some 3,000 homes.

Sources from the Madrid City Council have confirmed to La Información that technical meetings are still being held between the consistory and Adif to delimit and define the scope. Other known sources of the project assure that the urbanization of Abroñigal is still under study by Adif and in a “very preliminary” phase, so no dates or milestones have yet been set for the urban operation.

border between rich and poor

The Abroñigal railway complex not only represents a physical gap located in the heart of the city, but, together with the adjoining M-30, it also determines the socioeconomic barrier between the north and south of the capital, as confirmed by multiple studies, including those of the Madrid City Council.

Some of the best viewpoints in the capital are located in the Ronda del Sur, given its extraordinary views towards the center of the city, but this small privilege contrasts with the living conditions of its neighbors. The median income in this area of ​​the Entrevías neighborhood barely reaches 9,450 euros.

From there you can see the Tierno Galván park, an area under development very close to the urban area of ​​Méndez Álvaro, where important residential and office towers are being built. People with almost four times more rent reside in this environment, a value that the INE placed in 2019 at 35,390 euros per year. The two faces of a Madrid in permanent transformation come face to face, once again, with urban planning in the middle.

Share
Facebook
Twitter
Pinterest
WhatsApp
Previous article
The newly minted US congressman capriciously embellished his biography.
Next article
The head of the Federal Agency for Fisheries Shestakov allowed the expansion of restrictions on the export of red caviar to other regions KXan 36 Daily News