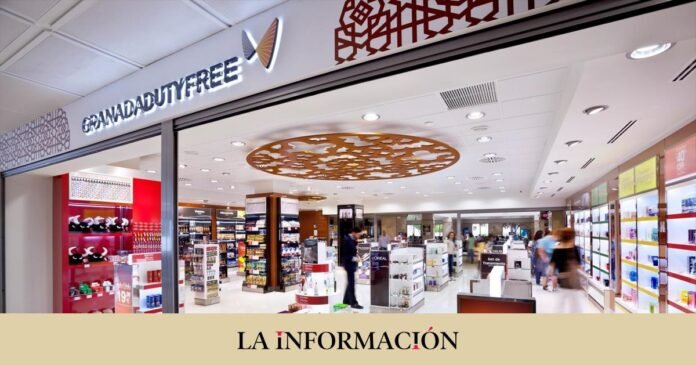 Aena launches the largest competition for duty free shops in the world (duty free shops) The competition process includes more lots, a larger commercial area, a longer concession period and a range of products, including the luxury segment, with with a view to achieving greater interest from European, American and Asian investors.

Currently, the duty-free shops business line accounts for 26% of Aena’s commercial income. Taking advantage of the United Kingdom’s exit from the EU, the company will increase the ‘duty free’ store regime from 47% to 65%, which will be the majority in all lots with a view to attracting British passengers, the main traveler market in Spain . The aeronautical manager will also seek to increase the attractiveness of the contest and focuses on the business purchasing sector.

Aena has established a maximum limit of lots to be acquired by the same winner, set at 80% of the total, with the intention of diversifying the services and obtaining a greater benefit “not only for Aena, but also for the passengers”, according to explained María José Cuenda, general director of Commercial and Real Estate at Aena. In addition, the company that wants to present an offer for Madrid must also do so for the northern airports.

Six lots for a greater concurrence

The company will offer 86 duty-free points of sale in 27 airports, plus other additional stores dedicated to other sales categories that will occupy a surface area of ​​66,000 square meters, compared to the current 47,000 up to now. The specifications include six lots -Madrid Barajas, Andalucía-Mediterraneo, Catalonia, the Balearic Islands, the Canary Islands and the North, compared to the three from the previous contest, with the intention of attracting competition and competition, as explained by Cuenda.

The lots are divided in such a way that the size of each of them allows to develop economies of scale. Likewise, so that all the lots are in demand, a series of rules have been established to avoid deserted lots in the adjudication. For example, if a company bids for the Barajas lot, it must also bid for the Northern airport group.

There was also a change in terms of the valuation of the offers, reaching the same weight the technical as the economic, 50% each. Currently, it was awarded only by economic offer and it was the guaranteed minimum income that had all the weight, while now both this and the variable income are going to be valued.

The tender has a first phase of technical solvency (January) and those operators that meet the requirements will be given much more extensive documentation to prepare their offer, for which they will have until next May. Afterwards, Aena hopes to have all the offers evaluated in two months, in order to be able to present to its Board of Directors an already specific award option in the month of July, with the aim of being able to reach October, when the current contract ends.