Agutin spoke for the first time about the divorce from Varum 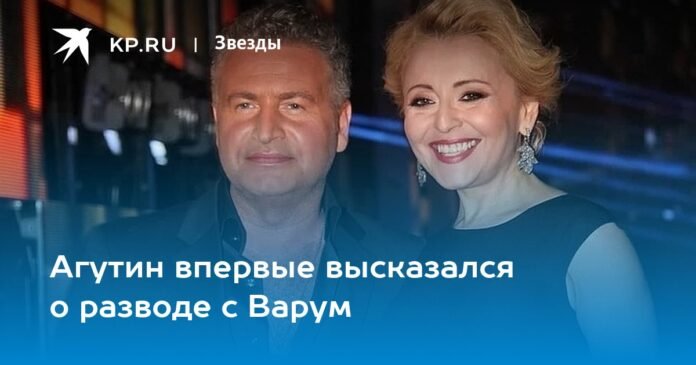 Leonid Agutin and Anzhelika Varum have been married for 22 years.

Rumors that all is not well in the marriage of Leonid Agutin and Angelica Varum have grown like a snowball in recent weeks. Sad news is spreading across the Web, and fans are worried about one of the most beautiful couples in national show business. To reassure fans, Agutin first spoke about the divorce and denied the rumor that he and his wife were no longer together. The star of the program ‘La Voz’ made the corresponding statements on her Telegram channel.

Leonid did not write a separate post on this topic and simply reposted the message from his fan page.

“Important announcement! The news about the divorce of Leonid Agutin and Anzhelika Varum, distributed on the network through anonymous public and irresponsible media, is not true, says the report. – The new song “The Last Track” was also released from the group “3333”, which was opened by Leonid, and a photo of Angélica with the organizer of her recent concert.

The song “The Last Track” is not mentioned for nothing. Many, having heard the news, in the creation of which Agutin took part, saw in it a hint of the upcoming divorce of Leonid and Angelica. Everyone was especially excited by the line: “I close the door between us.”

Even the journalist Otar Kushanashvili believed that the favorites of the public really dispersed.

“I don’t want them to disperse, because their union is a reminder of the most important thing in life. Only love unites us all! All power, all grace in love… If this couple breaks up, of course I will survive, but at what cost? I will become smaller, I will shrink, I will start to believe in life less, but I cannot allow this, because the New Year’s celebration is coming,” Otar said on his program “What is it?!” in Youtube.

Recall that Varum and Agutin have been married for 22 years. The couple met in the 90s. Their relationship began in 1998. Recently, Angelica Varum does not appear on TV as often as before. And if her husband voluntarily participates in a television program, Angelica prefers to spend more and more time at home. The singer said that she moved away from the toxic life in show business. The artist became interested in winemaking, she bought vineyards in the Temryuk region and is developing her own production.

With age, Varum resigned herself to the temperament of her husband, who did not hide the fact that he was not always faithful in marriage. Angelica is sure that she can forgive loved ones and loved ones a lot.

“Even these moments (the betrayals that Agutin admitted – Ed.) I do not want to erase from our lives,” Varum admitted in an interview. – I grew up with them. When you are in a relationship for 10-15 years, you will feel that the attitude towards the person next to you is changing. The moments that were prioritized when the relationship began are being transformed. Also, the only question is how long you can live in a new incarnation. Being offended by the tsunami is ridiculous, right? But it takes people’s lives, cripples. Same here. You can understand and forgive. And you can understand and not forgive. And this is your choice.