HomeLatest NewsAirports criticize the restriction on China and the lack of coordination of...
Latest News 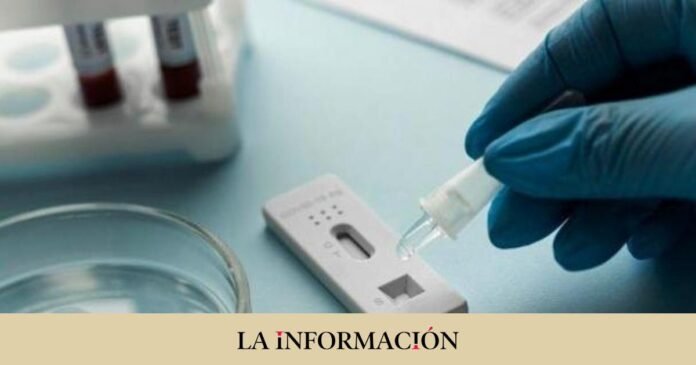 The International Airports Council of Europe (ACI EUROPE) is unhappy with the lack of coordination in the taking of measures that the different European governments are implementing; Among them, in the inclusion of detection tests, he regretted this Saturday the imposition of covid-19 detection tests on travelers from China.

The lobby considers that testing travelers from China “and/or imposing other restrictions on travelers from this country is not scientifically justified or based on risk,” as the European Center for Disease Control (ECDC) has expressly stated. its acronym in English), they pointed out in a statement this weekend.

The measures being carried out by some EU countries and third parties “are in disagreement with all the experience and evidence obtained in the last 3 years,” they insisted according to EFE.

“The ineffectiveness of international travel restrictions in preventing the spread of covid-19 and its worrisome variants has been unequivocally recognized by both the European Center for Disease Prevention and Control and the World Health Organization (WHO)” , insists the group in its note to the media.

In the opinion of the sector, “the focus should rather be centralized on increasing genomic sequencing to be able to identify possible new covid variants and related surveillance.” In this sense, they point out that the European Commissioner for Health, Stella Kyriakides, invited this week in a letter to the Health Ministers of the Member States to increase surveillance guidelines, for example sequencing samples to detect new variants or analyzing wastewater especially those at airports.

“Once again we are sinking into a patchwork of unjustified and uncoordinated travel restrictions, which have no scientific basis,” said Olivier Jankovec, ICA Europe’s director general. These travel restrictions do not work and the agreements for EU coordination have failed once again,” Jankovec added.

The European Commission calls for coordination

The European Commission stressed this week the importance of “coordination” of national measures between the Twenty-seven in the face of the emergency of coronavirus infections in China.

“We need to act together and we will continue our discussions (…) Health to analyze the situation with the Member States.

The Commission has not proposed any specific protocol for travelers coming from China, as countries such as Spain, Italy, India, Taiwan, South Korea, Malaysia, Japan or the United States have done, although Brussels took note that at the meeting on Thursday “some member states proposed measures such as random testing of travellers.”

Restrictions on the movement of people during the covid pandemic causing a serious blow to the air sector and airports, which saw passenger traffic drop significantly.

Share
Facebook
Twitter
Pinterest
WhatsApp
Previous article
Black caviar, pancakes and the beach: this is how the stars celebrated the New Year
Next article
Valentina Matvienko participated in the inauguration of the president of Brazil KXan 36 Daily News