HomeLatest NewsAlla Pugacheva made a strong statement about her condition.
Latest News

Alla Pugacheva made a strong statement about her condition. 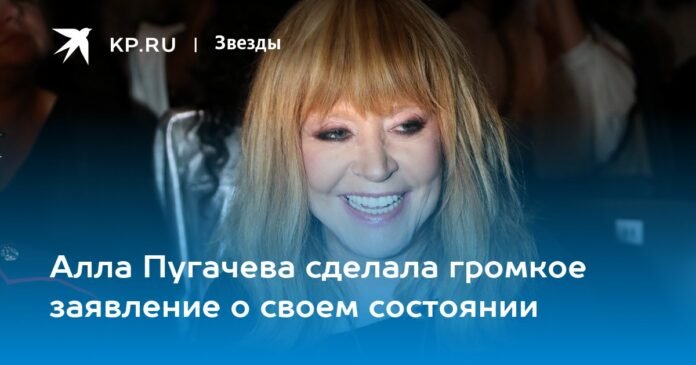 Alla Pugacheva congratulated the Russians on the New Year in a peculiar way. The prima donna made a strong statement and told the public about her condition.

Alla Pugacheva got in touch from Israel. The prima donna said that she was happy.

“As I understand it, happiness is what I feel now. I am free, I am together with my family. I celebrate the New Year in a circle of people who understand me, who have conscience, honor and dignity,” Alla Borisovna said. .

It is worth noting that after the singer’s escape from Russia, what kind of rumors do not circulate about the star. The reason for the gossip was the transformation of the Prima Donna. After moving abroad, the artist has changed a lot in appearance. She lost weight, but increasingly began to wear wigs and hairpieces.

It was previously reported that the singer was facing a major health problem. The situation seemed scary also because the doctors couldn’t help her. The pensioner’s hair has become sparse. And no one can say why this happens. “A person’s hair has been growing poorly for many years and that’s it. The process has stopped!” – lamented the stylist George Rovals.

And a friend of the star, Sergei Zverev, is sure that Pugacheva nevertheless solved her health problems. The stylist suggests that the warm sea climate, fresh air and vitamins favorably influenced the 73-year-old pensioner.