Ampere waives the option to purchase Instalvia’s shares in Atlas 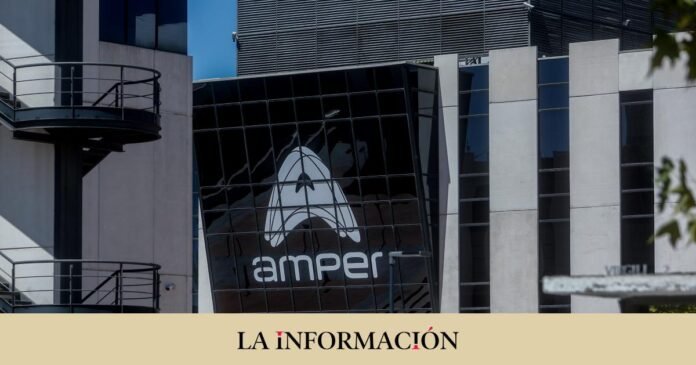 The Amper Group has renounced the right to purchase the shares that Instalvia has in the German company Atlas Engineering, agreed in May of this year, and which represent 21% of the company’s capital, in exchange for a consideration of value of 1.5 million euros, which must be paid to Amper before February 28, 2023.

This resignation by Amper is due to an agreement announced by the company itself to the National Securities and Markets Commission (CNMV) by which the partners’ agreement between Amper and Instalvia is modified. Specifically, this change is due to the suspensive condition of the acquisition of a stake in the share capital of Instalvia by a venture capital fund that is currently in the closing phase, which in any case must be met before February 21, 2023 .

At the same time, Instalvia could also buy Amper shares in Atlas that represent around 20% of the capital of the German company, for a minimum price of two million euros and a maximum of 5.5 million, with the amount being one million of euros . This must be paid before February 28.

However, Amper will maintain its controlling stake in Atlas, consolidating the German company within its group of companies, by retaining the right to appoint the majority of Atlas’s corporate administrators.

Likewise, by virtue of the agreement between Amper and Instalvia to modify their partners’ agreement, the Spanish technology company will no longer be obliged to lend Atlas an amount of 1.3 million euros, at the same time that the German company will commit to repay and cancel all of the financing provided by Amper within a maximum term that will also expire at the end of February.

This modification agreement between Amper and Instalvia is part of Amper’s new 2023-2026 Strategic and Transformation Plan, which is in the finalization phase and will be reported in detail throughout the first quarter of 2023. For said plan, has estimated that the telecommunications infrastructure activities carried out by Atlas need to reinforce its shareholding and financial structure with additional tools to those of Amper.