HomeLatest NewsAs of January 1, 2023, payments and benefits to pregnant women will...
Latest News

As of January 1, 2023, payments and benefits to pregnant women will increase: what benefits will be paid to those registered 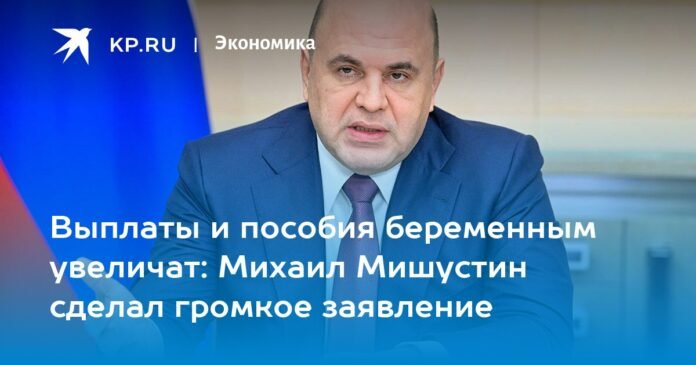 As of January 1, 2023, the amount of payments and benefits for pregnant women will increase and will rise from half to a subsistence minimum. This was announced by Mikhail Mishustin at a government meeting on Friday. The prime minister reminded that from next year Russia will introduce a single subsidy, which will combine the previously existing payments for children and for pregnant women. We are talking about the increase from January 1, 2023.

Payments and benefits to pregnant women will increase as of January 1, 2023: what payments are recorded

Another measure concerns care for seriously ill children. Mishustin said the government had passed a decree that the Krug Dobra fund could provide assistance to patients under 19 years of age. Recall that the “Circle of Kindness” was created at the initiative of the President and provides assistance to children with the most serious diseases. Now the fund will be able to continue buying medicines for patients for a year after they turn 18, if they received support from the fund before they turned 18.

Mishustin also said that the government has allocated about 8.5 billion rubles to support large families paying mortgages. Mishustin reminded that families with many children have the right to use one of the preferential loan programs – family, Far Eastern or preferential mortgages. Also, families in which a third or later child was born from January 1, 2019 to December 31, 2023 can receive a payment in the amount of 450 thousand rubles. The loan agreement can be entered into until July 1, 2024.

As Mishustin explained, the additional 8.5 billion rubles allocated by the Cabinet of Ministers for payments and benefits “will allow thousands of large families to significantly reduce the amount of debt, and therefore the cost of buying a house.”

In addition, Mishustin promised that the government would quickly comply with the president’s order to extend the prime mortgage at a rate of up to 8% per year until July 1, 2024. Family mortgages at 6% will be available to families with two children under the age of 18 years. Residents of the new territories will be able to take preferential loans for the purchase of housing in new buildings at a rate of 2%. Let’s remember that Vladimir Putin announced this decision the day before. Mishustin instructed the Ministry of Finance to present all the necessary documents to the government before December 20, so that from the new year all mortgage programs will operate under new conditions.

How Russia will bypass the oil price ceiling (more)