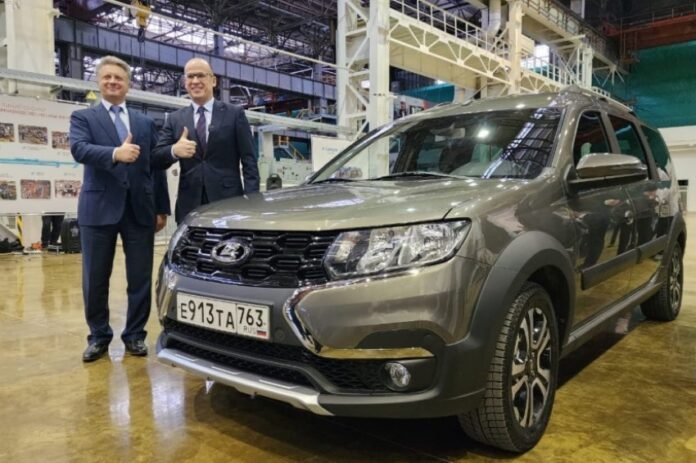 The presentation of Lada e-Largus took place in Izhevsk, where they plan to produce this car. The model was personally presented to the head of the Republic of Udmurtia, Alexander Brechalov, by the head of the auto giant, Maxim Sokolov.

“LADA e-Largus is the most localized Russian electric car, unlike all recently presented projects of other Russian manufacturers, which are engaged in SKD assembly of foreign models. AvtoVAZ and the Russian component industry will provide at least 50 % of the necessary parts already at the time when the production of this car is launched,” Sokolov noted.

It is already known about the future model that it will be produced both in a standard passenger modification and in the form of a station wagon. Judging by the photo taken at the presentation, the car will be made on the basis of the Largus crossover version, with a specific plastic body kit and a large mesh radiator grill.

The car will be powered by a 150 horsepower electric motor. Lithium-ion batteries, according to AvtoVAZ, will not be located under the bottom of the car, but in the engine compartment and the area where the fuel tank is usually located. As a result, the manufacturer will be able to fully preserve one of the main advantages of the model – the useful volume of the passenger compartment and trunk (560 liters in a five-seater version). The expected range on a single charge will be at least 400 km. In this case, the car will be able to accelerate to 145 km / h, and the first hundred will take only 10 seconds.

It should be noted that the e-Largus electric vehicle prototypes have already started a cycle of tests on the road and in the laboratory.