Banco Santander tests the deposit war through its subsidiary Openbank 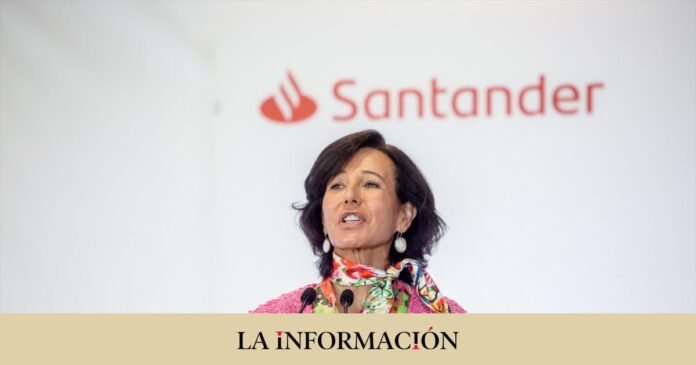 The big banks have remained on the sidelines of the deposit war waged by small and medium-sized European banks. But this does not mean that small skirmishes have not been launched. Banco Santander, through Openbank, is testing the most conservative saver. If a few weeks ago, its digital subsidiary launched a one-year deposit with a return of 0.20%, now it has raised the remuneration it offers to 0.75% and for imports from 10,000 euros. The bank does not hide the product: it can be contracted through its website, but it does not advertise it openly either.

The other profitability of this deposit may seem meager compared to that offered by European entities through Raisin, where the returns of these products can reach close to 3% (the Belgian bank CKV offers 2.90%), but, if the national panorama is taken into account, it is a breath of fresh air for two reasons. On the one hand, because the remuneration of these products barely stood out from 0% a few months ago and, because it implies the incursion of a large company, such as Banco Santander, in this ‘war’, even if it does so through its digital subsidiary .

However, it is not the only deposit from a bank with a name. At the end of November, ING also tested the Spanish saver with the launch of two deposits, with a return of 0.60% at one year, and 0.85% at 18 months. In both cases, the maximum amount was 100,000 euros. For its part, the Spanish subsidiary of Deutsche Bank has updated the remuneration of its products to 12 and 18 months and to one year it already offers 1.60% (available from 3,000 euros).

20 euros From Openbank they emphasize that it is a segmented campaign by addressing existing customers, which expands their positions in the entity. In the case of having to withdraw the money early, the remuneration of the product falls to 0.10%. As for ING, the client can also terminate the product before the end of the term, but without charging any commission.

Turmoil in the accounts and deposits market

But Openbank is not only testing in the world of deposits. The entity recently launched a remunerated account, although in this case it is aimed at new clients. The account has a return of 1% and limits the maximum amount to be remunerated at 100,000 euros. With this initiative, he follows in the footsteps of Banco Sabadell, which broke the interest-bearing account market with its online product by offering a 2% APR, without conditions or linkage, and for a maximum amount of 30,000 euros (which guarantees a gross profit of 600 euros).

This desire for unrelated remunerated accounts, especially among digital banks or through contractable products ‘online’, is due to the fact that the accounts can change the conditions for the client with a two-month notice, the experts explain.

However, these returns, despite what it means, are far from those that can be found in Europe, where the best products are close to 3% at twelve months. In addition, from the CKV deposit, the products of the Italian banking stand out, which has become a specialist when it comes to marketing the best returns. Thus, Banca Promos has updated its fixed-term tax to 2.85%, equaling the profitability offered by Banca Sistema, while Banca Privata Leasing has a fixed-term tax with a remuneration of 2.70%.

Role of the ECB and the Euribor

The fundamental reason why deposits return to the banks’ showcase is to be found in the rate hike approved by the European Central Bank (ECB). It should not be forgotten that the organization’s last speech had a markedly ‘hawkish’ tone, in which it anticipated at least two more increases in the price of money for the first quarter. Already, by itself, this statement can set these remunerations on fire more, once the Euribor has also transferred the words of the central bank to its behavior.

On the other hand, some entities, such as the Italian medium-sized companies, may have more difficulties when it comes to financing themselves in the capital market, once the ECB has announced that it will stop buying sovereign debt. Thus, the yield on the 10-year Italian bond is already at 4.6%, after having gradually recovered positions. Therefore, the alternative can be passively captured through deposits.