Bank subsidies and unite to encourage the purchase of solar panels 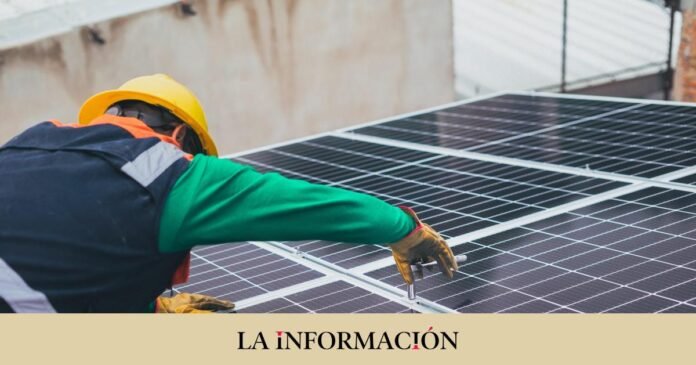 This year will be recorded as the year of the explosion in electrical self-consumption. The energy crisis has pushed users to look for solutions to save on the electricity bill and installing solar panels (whenever possible) is one of the best alternatives. In fact, it is expected that by 2022 more than 2,000 megawatts (MW) of power will have been deployed in self-consumption facilities, which is 54% more than the previous year, thanks, in part, to public subsidies.

Self-consumption is a more economically advantageous alternative to supply from the grid because it directly reduces the variable term of the electricity bill. Specifically, it makes it possible to offset part of the cost of the energy that continues to be purchased from the grid with the surpluses that can be generated. Thus, it provides the consumer with greater control of their energy costs by being able to know their production and consumption at all times thanks to the monitoring of their installation.

In short, it gives you more independence from the need for fossil fuel prices that decline at the wholesale market price. From Selectra, they point out that subsidies for self-consumption allow savings in installation of up to 50%. There are two types: on the price of the installation or on state taxes.

Types of subsidies for solar panels

Subsidies on the price of the installation are granted by the autonomous communities and each region is in charge of setting the amount and conditions of the aid. These subsidies are applied as a percentage of the total price of the installation and in some cases they are not applied to VAT. For their part, subsidies on state taxes are granted at the municipal level, applying to IBI and ICIO. This type of aid is usually around 1,500 euros.

From the electricity and gas rate comparator, they highlight that the subsidies on the total budget of the installation are usually the most favourable. Currently, there are aids specifically focused on self-consumption and storage, as well as renewable thermal energy for the residential sector. These are articulated through six programs that are addressed both to the different economic sectors (services and other productive sectors) as well as to the residential, public sector and third sector. In principle, an endowment of 660 million euros was launched, which was regionalized through the autonomous communities and cities throughout the national territory until December 31, 2023.

Some regions have already exhausted the first forecast and the Government expanded the program this summer by 505 million euros, which can reach a total of 1,320 million. The communities that requested the expansion were Andalusia, Aragon, the Balearic Islands, Castilla y León, Castilla-La Mancha, Catalonia, the Valencian Community, Galicia, Madrid and the Basque Country.

Within the Executive’s plan, incentive program 4 is the one that corresponds to the realization of self-consumption facilities for the residential sector, including communities of owners. The aid will be granted as fixed unit imports or “modules” that will partially cover the eligible costs. It should be noted that this aid will be incompatible with other subsidies that could be granted for the same purpose, derived from any administrations or public or private, national, European Union or international organizations.

With these aid lines, the Executive expects that 1,850 MW of renewable generation will be incorporated into the system, as well as the creation of more than 25,000 direct and indirect jobs, a GDP growth of 1.7 million euros for every million aid and a reduction in CO₂ emissions of more than one million tons per year. For its part, the National Commission for Markets and Competition (CNMC) has simplified the administrative procedures related to contracting, billing and claims for low-power and collective self-consumption.

This rage for solar panels has also spread to bank financing. There is no bank that does not have specific offers to increase the energy efficiency of both homes and communities of owners. From Banco Santander they explain that the offer is constantly evolving due to high demand, while María de Pablo, Director of Financing Strategy at Triodos Bank Spain, points out that the campaigns that the entity has launched this year have been remarkably successful. In addition, the arrival of Next Generation funds has also served as a stimulus, especially in the “energy communities” sector, highlights the expert.

Regarding the available supply, Banco Santander offers a green loan to finance home reforms or improvements that save energy, with interest of 4% and an APR that reaches 4.37%. The loan is available for imports ranging from 1,000 euros to 100,000 euros. For its part, BBVA charges interest of 5.95% and an APR of 6.28% for a maximum of 80,000 euros. The interesting thing about this product is that the entity does not charge an opening commission.

In addition, Banco Sabadell and Triodos Bank have financing designed exclusively for communities of owners for the installation of solar panels, among others. In the case of the Dutch bank, the financing can reach up to 100% and would be available from 50,000 euros.