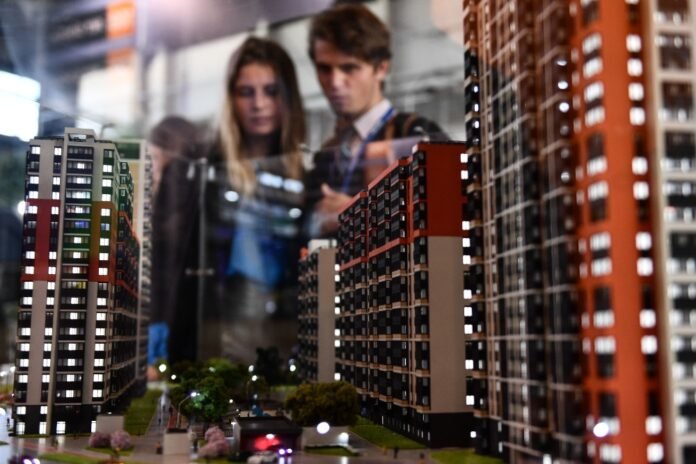 From January, the conditions for subsidized mortgages at Sovcombank will change. According to the bank’s press service, mortgage loans under developer-subsidized programs will be issued at a rate of at least 3%. For applications submitted before January 1, but not yet converted into an agreement, the issuance will be made on updated terms.

Earlier, Anatoly Popov, deputy chairman of the Sberbank board, announced plans to stop accepting mortgage applications from a developer with a rate of less than 3% from December 27.

The termination of the acceptance of applications for mortgages with a low rate is due to the position of the Central Bank, explains the chairman of the board of the MonolitHolding Group of Companies, Gasan Arkhulaev. The Ministry of Construction’s position to some extent supports the regulator: developers should replace near-zero rate mortgages with other programs with above-market rates of 3-5%, he says.

“Of course, financiers must support and comply with the regulator’s requirements. Banks until the end of this year will stop accepting applications for subsidized mortgages from a developer with a rate close to zero. The issuance of subsidized loans will now be possible only at a rate of 3% or more,” Arkhulaev added. According to him, from December 26 he will stop accepting applications for subsidized mortgage programs from the MKB.

If the transaction includes a subsidy program from a legal entity (developer, investor, seller), then from December 27, Sberbank sets the minimum rate for a mortgage loan, which can be provided to the client, taking into account all discounts possible (for voluntary life insurance, use of the electronic registration system, a complex product, a reservation discount), at a level of not less than 3%, says Olga Kirillovykh, commercial director of VIRA. In VTB, the rate of 0.1% is valid until the end of the year, then it will change, the conditions are not yet known. At “Alfa Bank”, “Promsvyazbank” minimum rates of 0.1% are valid until the end of the year, what will happen next year is still unknown.

The banks themselves did not respond to RG’s request.

Meanwhile, the Central Bank, which has spoken out against subsidized mortgages with near-zero rates, has yet to take specific steps to limit them.

As the representative of the Central Bank Ruslan Bulatov noted in early December at the Sberbank conference “Time for changes: results of the year and new challenges in the industry”, the bank opposes subsidized mortgages from developers, but the Central Bank does not . have the tools to close it. Deputy Minister of Construction and Housing and Utilities Nikita Stasishin added that the ministry is rounding up developers and persuading them to abandon programs with near-zero rates, rates should rise slightly.

Meanwhile, the National Association of Builders (NOSTROY) sent a call to the Central Bank on the need to maintain the developer’s preferential mortgage program. In the current macroeconomic situation, due to the decrease in the solvency of the population, the subsidized rate continues to be one of the main mechanisms that allow the establishment of an affordable monthly payment for the buyer, for whom the acquisition of housing under said program is the only way to improve their living conditions. And according to the analysis of mortgage loans, the proportion of transactions that use the subsidized rate is limited: 25% of total sales.

Subsidized developer mortgages have become especially popular this year. Loans are given at minimal rates, close to zero, while the cost of an apartment in the contract is overestimated by 20-30%.

According to the Central Bank, this carries risks for all parties and for the market as a whole. Therefore, a homebuyer who wants to sell an apartment or move to a more spacious one in the first few years after applying for a loan will not be able to sell it at that price. And the banks, in the event that the borrower cannot cope with the payments, keep the apartment, the cost of which is significantly less than the issued loan.