HomeLatest NewsBaraka announces that he will sue Adif for the land in Madrid...
Latest News 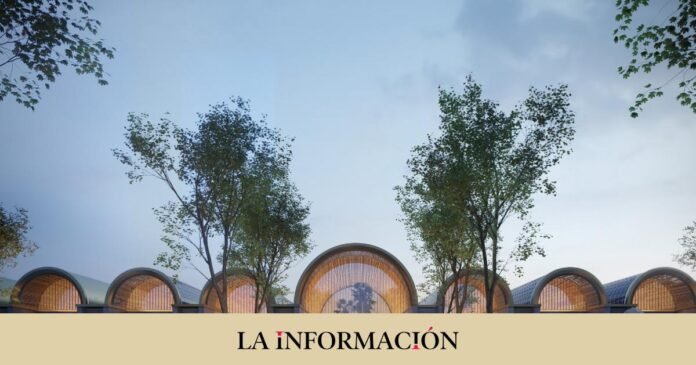 The Baraka group, owned by the businessman Trinitario Casanova, returns to the charge and prepares a lawsuit against Adif for the reversion rights of the land in the framework of the Madrid Nuevo Norte real estate development, formerly known as Operation Chamartín. The company explains that in this contentious administrative lawsuit it seeks to claim the rights of the 1,000 families that the Baraka group represents, it has indicated in a statement collected by the Efe agency.

Baraka also points out that this measure is adopted after having requested Adif to rule on the withdrawal of said land. In the absence of a response to Baraka’s request, the group has initiated the pertinent legal actions to receive the land expropriated at the time. In this sense, Baraka seeks to know the fair price that he has to pay, as other administrations have done, and insists that these families have spent decades trying to defend “what by law belongs to them.”

In May 2018, the Baraka group entered into this urban development with the purchase, for 400 million euros, of the reversion rights of a thousand families whose land was once expropriated. The expropriated and their heirs requested before the courts the reversal of the land for having changed the use that justified its expropriation, the expansion of the Chamartín railway station.

Introduction to the process in 2018

In 1993 Renfe awarded a consortium led by Argentaria (later BBVA) the award of the land expropriated by the State located in the railway enclosure for new real estate developments. Within the framework of this entire process, in 2019 Baraka sent burofaxes to BBVA, Distrito Castellana Norte (DCN) and Merlin Properties to refrain from negotiating the assignment of the rights to Madrid Nuevo Norte, and announced an upcoming lawsuit.

A month later, Baraka filed his lawsuit against BBVA and DCN demanding the payment of 713.8 million euros for the loss that the company had suffered due to “the deprivation” of its reversion rights after the expropriation procedure of the railway facilities. of Chamartín and Fuencarral and given the impossibility of “restitution in nature” of the farms.

The project, unblocked after 26 years of blockades, will regenerate more than 2.3 million square meters in disuse

In April 2021, the Court of First Instance number 40 of Madrid dismissed the lawsuit filed by the Baraka group and argued that “if the expropriated and their heirs sell their rights of reversion and neither such rights exist nor is any legal action brought regarding the themselves, Baraka lacks standing for the claim”.

The project, unblocked after 26 years of blockades, will regenerate more than 2.3 square meters in disuse, will build 10,500 homes (2,100 of them protected) and a new financial district, will involve the reform of the station and will count 40 0 They will have 40 m² of green areas. This project, which will be carried out over 25 years, will mean the creation of 350,000 linked jobs.

Share
Facebook
Twitter
Pinterest
WhatsApp
Previous article
He changed Bezrukov, built Dolina and abandoned a young girlfriend Domogarov – the stars attended the presentation of the Vysotsky prize “Own Track”
Next article
The Blueprint party was held at Narkomfin House.