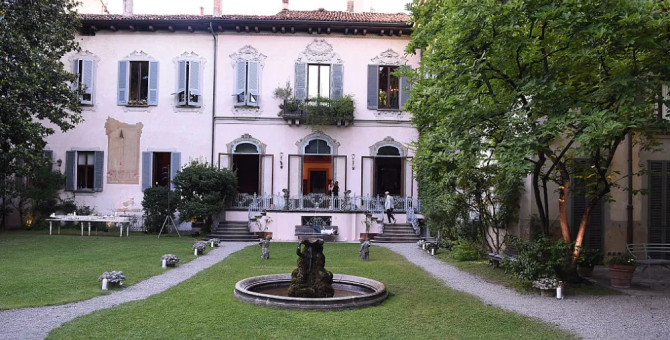 LVMH Chairman and CEO Bernard Arnault purchased Leonardo da Vinci’s residence in Milan, known as Casa Degli Atellani. The cost of the transaction and the purpose of the acquisition were not disclosed. WWD writes about it.

The building was built around 1490 – da Vinci bought it in 1498, when he was working on the Last Supper in Milan. Over hundreds of years, the residence has changed owners. In 1919, the senator and businessman Ettore Conti became the owner, whose son-in-law, the famous architect Piero Portaluppi, was commissioned to restore it.

The mansion is located on Toni Corso Magenta. Next to it are the da Vinci Vineyards, carefully restored in 2015.

Share
Facebook
Twitter
Pinterest
WhatsApp
Previous article
The Russians are becoming the Jews of the 21st century. What will follow Zelensky’s visit to the United States and how he will backfire on Ukraine
Next article
Meta will pay 682 million to settle a lawsuit by Cambridge Analytica