Biden approves the 2023 budgets that increased to 1.7 trillion dollars 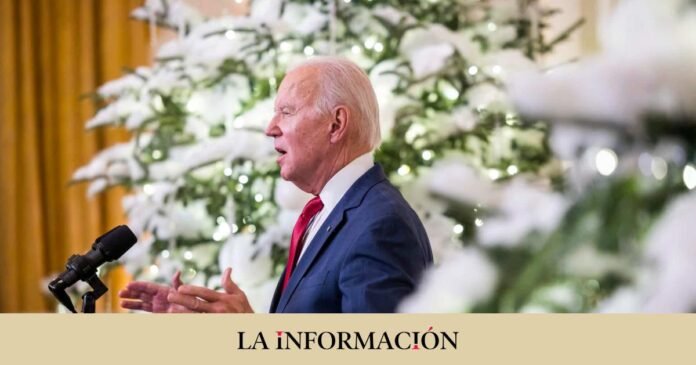 The President of the United States, Joe Biden, has signed this budget for the fiscal year 2023, which runs from October 1, 2022 to September 30, with a total spending amounting to 1.7 trillion dollars. This was the definitive step for the approval of the budgets, to which Congress gave the green light last week.

Biden has ensured that this text “ends a year of historic progress” in a post on Twitter. “They contain investments in medical research, security, health for veterans, recovery from natural disasters, funds for violence against women and crucial aid for Ukraine,” the president listed.

How is public spending distributed?

The budgets include 45,000 million dollars in aid for Ukraine and increase spending on Defense reaching 858,000 million dollars and allocating 850,000 to other items, representing an increase of 9.3%. It will also include $40.6 billion to address droughts, hurricanes, floods, fires, and other natural disasters and emergencies in the United States.

Lawmakers have voted on the bill against the clock, less than two weeks before Republicans take control of the House after Democrats lost it in the November midterms. The budgets were approved with 225 votes in favor and 201 against in the Lower House and 68 in favor and 29 against in the Senate.

The regulations do include a reform to provide greater guarantees to the electoral count, by clarifying that the vice president does not have the power to revoke the results of the presidential elections. The bill reached the House of Representatives after debate in the Senate was hampered by two amendments on the management of the border with Mexico that were ultimately rejected.

Last Wednesday, the Ukrainian president, Volodimir Zelensky, during his visit to Washington to meet with Biden, defended in Congress that the money for his country is not charity: “It is an investment in global security and democracy.”