Bill Gates made a terrible prophecy about a “terrible world” 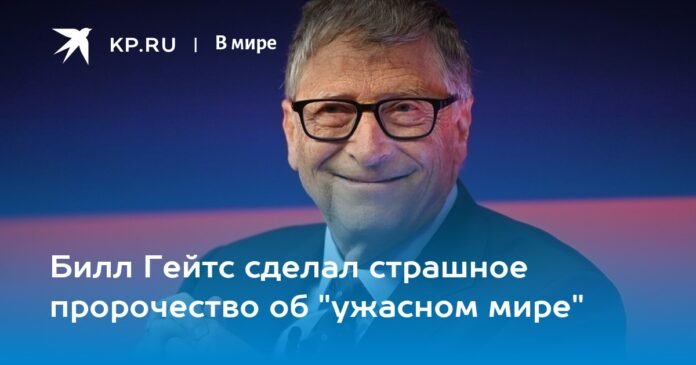 American businessman, billionaire and philanthropist Bill Gates said that humanity urgently needs to direct all efforts to combat climate change. Otherwise, in his opinion, future generations will have a terrible future.

Gates said that after the news that he would soon become a grandfather, he began to look at the world in a different way and perceive more emotionally what was happening around him.

“When I think about the world my grandchild will be born into, I want to help all grandchildren have a chance to survive and thrive. If we don’t achieve zero emissions, our grandchildren will grow up in a terrible world, – CNBC TV channel quotes one of the creators of Microsoft.

According to Gates, the most difficult and most important task for all humanity is to achieve zero carbon emissions, which will require almost radical change in almost the entire economy. And this must be done no more than in the next three decades.

At the same time, the billionaire is confident that this goal, with the right effort, is quite achievable, as investments in climate technology have exceeded all his expectations.