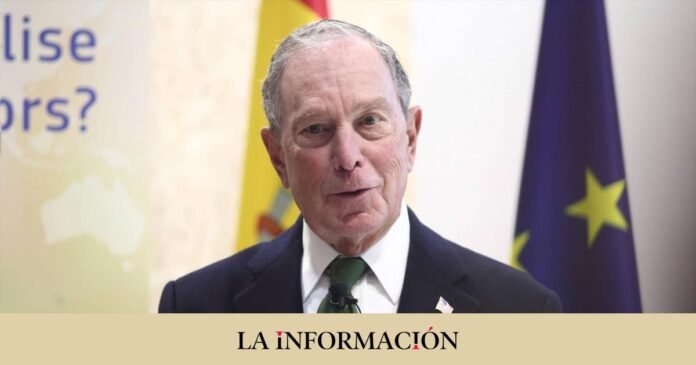 In the middle of the Christmas holidays and with 2023 just around the corner, large companies do not waste time and ‘keep their eye’ on new opportunities. The billionaire Michael Bloomberg has shown great interest in taking over the financial information company Dow Jones, owner of the newspaper ‘The Wall Street Journal’ or with the newspaper ‘The Washington Post’, currently in the hands of also billionaire Jeff Bezos, according to reports this friday ‘Axios’.

In this sense, ‘Axios’ indicates, citing a source close to Bloomberg, that the businessman would be more interested in taking over Dow Jones because of the fit with his company. The former London mayor believes that Rupert Murdoch’s attempt to merge News Corp, parent of Dow Jones, with Fox Corp will not end successfully.

Other economic publications are also published under the umbrella of Dow Jones, such as ‘Barron’s’ magazine or the digital ‘MarketWatch’. In addition, Dow Jones also has a news agency and produces various stock indices.

The purchase of Dow Jones would leave News Corp as owner of the HarperCollins publishing house, the real estate portal ‘Realtor.com’, various media outlets in Australia and the United Kingdom and the tabloid ‘New York Post’.

‘Axios’ has stressed that Bloomberg has not yet initiated any kind of approach to News Corp or Bezos, nor has it hired any advisory firm or investment bank to assess the agreement.