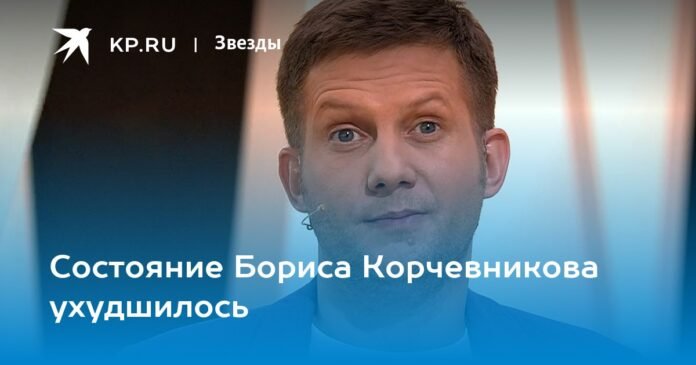 Boris Korchevnikov is rightfully considered one of the best TV presenters. The artist experiences each story of his characters as a personal drama. Very often, due to the surging emotions, a man cries on the air. He shares with the public and personal. In the summer of 2022, Boris announced that he had undergone another head operation. A few years ago, he was diagnosed with a benign brain tumor, he survived a craniotomy. In addition, in childhood, the man had been ill with meningitis, due to the disease he had hearing problems. Now, apparently, the condition of the star has worsened.

Boris Korchevnikov had problems after removing a brain tumor. He began to lose his hearing. Now the man has problems with speech and facial expressions, which were not noticeable before. A celebrity has difficulty pronouncing words on air. Secular chroniclers drew attention to this.

Viewers of the December 29 edition of the “The Fate of a Man” program complained that the presenter found it difficult to ask questions. During an interview with singer Alexei Glyzin, Boris stutters, whispers, finds words with difficulty, the corners of his mouth and eyes twitch, he gesticulates strangely.

The public was greatly alarmed by this fact. The town fears that the idol has worsened.

Korchevnikov previously spoke about a serious illness with which he has been struggling for the past few years. As you know, in 2015 a television presenter was diagnosed with a tumor that affected his hearing. He underwent several operations, he underwent a craniotomy.

Now, according to the showman’s environment, he hears almost nothing, so during the filming he is forced to use a special program for the deaf. “I have problems after a recent operation on the auditory nerve. Everything is more difficult: any work and communication with people, and this is the main thing for me. Everything needs to be restored, and I hope that the most serious stage of treatment is over.” , shared the man in the summer of 2022 of the year.