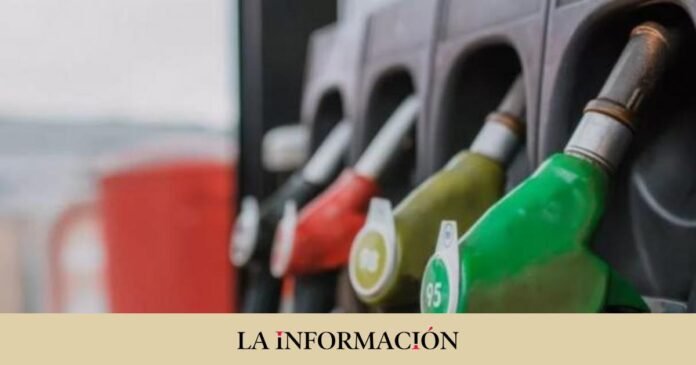 Large fuel operators such as BP cents only for professional groups.

Repsol announced on Tuesday, just after the Council of Ministers made public that the discount, which was in effect generally from April 1 and ends on December 31, that it maintained until March 31 the additional discount of 10 cents, which already supported the users of its Waylet application over the 20 cents from the Government.

Just today it has been known that fuel prices have fallen again this week by more than 3%, in a year marked by the war in Ukraine, in which its price has set all-time highs. For its part, diesel has become 8% more expensive since January, while gasoline has experienced a downward trend of 6%, according to the European Union Oil Bulletin, which includes the average price recorded in more of 11,400 Spanish service stations between December 12 and 19.

Discounts of 10 cents on gasoline

In the case of BP, the company has confirmed to La Información that it will continue to apply its discount policy, although it has not yet confirmed the exact amounts. This Wednesday the DISA group, licensee of the Shell brand in Spain, has announced that it will maintain the discount of up to 10 cents per liter for users of its “Mi Energía DISA” application until March 31.

The DISA group operates under the Shell brand throughout Spain and uses its own DISA brand on the Canary Islands network. Repsol has the largest network of service stations in Spain (more than 3,300), while DISA’s is the fourth, with some 600 stations. DISA applies discounts at DISA and Shell gas stations when paying at the register with the application.

Shell Fuel Save, DISAEco and DISA Autogas in the network of Shell stations adhere to this promotion.

The discount associated with the application is compatible with the advantages for holders of the combined offer of gas, electricity and fuel. The Portuguese Galp, which has a network of 557 service stations in Spain, has also announced this Wednesday that it is extending the additional discounts it applied to fuel to individuals.

The Galp discount will be available as of January 1, 2023 and will be extendable from month to month, depending on the characteristics of the temporary situation, although its deadline extension date is the end of the winter season of 2023.

The discounts practiced by the large operators of petroleum products are not to the liking of the independent gasoline companies, which say they do not have the capacity to face these aggressive offers.

In fact, this same month the National Commission for Markets and Competition (CNMC) announced that it is investigating Repsol, Cepsa and BP, the three largest oil companies in Spain, for possible anti-competitive practices, following the complaint of two independent associations of oil operators, who consider the discounts they make on fuel abusive.