HomeLatest NewsBrussels asks to extend the social dialogue to the 'riders' and new...
Latest News 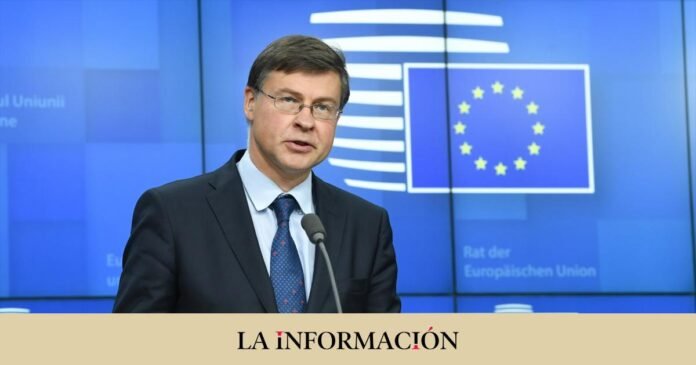 The European Commission has asked the EU governments on Wednesday to broaden the scope of social dialogue to include new and ‘atypical’ forms of work, such as platform workers, known as ‘riders’. In this way, Brussels intends to adapt and update the framework of this tool to the current context. The Economic Vice President, Valdis Dombrovskis, and the Commissioner for Employment and Social Rights, Nicolas Schmit, coincided in highlighting, in a joint press conference, that the EU is facing a period of great transition and transformation of the labor landscape in which it is necessary a reinforcement of social dialogue.

Both have also warned of the sharp decline in union membership and have warned that even some sectors lack social dialogue completely, while young people, platform workers and the self-employed are the groups least likely to be represented.

The measures advocated by Brussels

In this context, Brussels has urged Member States to strengthen social dialogue and collective bargaining at national level, by ensuring the consultation of social partners on the design and implementation of economic policies, encouraging social partners to consider new forms of work and atypical employment, and to inform widely about the benefits of social dialogue and about the collective agreements that have been established.

It also advocates enabling capacity building for workers’ and employers’ organizations, ensuring they have access to relevant information, and securing the support of national governments. “The objective of this package is to promote social dialogue throughout Europe, taking into account national diversities and how it works in the different Member States”, explained Schmit, who has insisted that social dialogue is a “key” tool for stabilize the economy.

In addition, the Community Executive has asked the social partners to negotiate and conclude more agreements and to improve the affiliation and representation of unions and employer organizations, while it has promised to continue promoting social dialogue on an international scale. The Member States will now have to discuss the proposal and, if approved in the Council, it will invite the Commission to present a series of measures whose implementation will be monitored in the context of the European Semester.

Share
Facebook
Twitter
Pinterest
WhatsApp
Previous article
Vaccination against measles: how much works, when and who to get vaccinated
Next article
Films by Jean-Luc Godard, Pietro Marcello and Andrei Tarkovsky will be screened at the Fondazione Prada