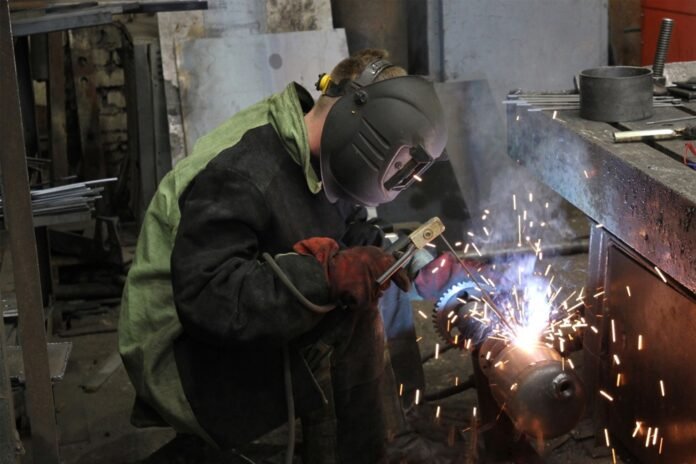 Investment in the future

– Currently, the region has a fairly stable economic situation. We are going with growth, despite the pressure of sanctions, against all negative factors, – confirms the head of the Republic of Buryatia Alexei Tsydenov.

According to him, the income of the regional budget increased; based on ten-month results, the increase was 25 percent compared to last year.

– That’s a lot. We have increased the volume of construction, the investment in fixed assets. So far, we do not see such rates of progress for the next year, however, the forecasts are quite good, – adds the head of the region.

Compared to January-October 2021, the volume of construction works increased by almost 40 percent. This is primarily the merit of the projects for the construction of the Ozerny mining and processing plant, the laying of a high-voltage power line, the construction of a third bridge across the Uda River in Ulan-Ude, and social facilities.

The advanced development territories tool plays an important role in attracting funds to the economy. Investments by residents of Buryatia ASEZ have already amounted to about 2.5 billion rubles, 229 jobs have been created.

In addition, in order to provide favorable conditions for doing business, the regional investment standard 2.0 was introduced in Buryatia in early December. This mechanism was created by the Ministry of Economic Development of Russia on behalf of the President of the country. The standard includes five main elements: an investment declaration of the republic, a development agency that will work with the companies, an investment card, an investment committee and a set of investment rules: the optimal algorithm for the actions of a entrepreneur.

– Buryatia was supposed to implement the standard by 2024, but we decided to start earlier. We show initiative, we prove to our colleagues in the Russian government that even such complex tasks depend on us. These five tools are of great importance, behind each of them there is a number of works, – said Elvira Dabaeva, First Deputy Minister of Economy of Buryatia. – For example, the statement records all the obligations of the power to the employer. That is, he understands what kind of support he can count on. The investment map shows all the sites where the project can be implemented, the tariffs for utilities are listed, it is indicated what capacities are available at a particular facility, where to go if you need to connect to heat or electricity networks.

The Investment Committee is personally supervised by Alexey Tsydenov. The task of the structure is to resolve disagreements between the investor, the authorities and the resource-providing organizations before trial.

The introduction of the rule will help attract federal money to the republic.

– In Buryatia, there is a preferential tax deduction for investment, which is good for a businessman, but bad for the republic’s budget, which receives less income. With the introduction of the norm, the federal budget will compensate the funds that we have lost when providing benefits, – explained Elvira Dabayeva.

By the way, today only 43 regions of Russia have implemented such a standard. Their presence is an additional point for Buryatia in the rating of the investment climate.

we can do everything

– Currently, the venture is one hundred percent charged, which guarantees its stable operation. Orders come from almost all over the country, from the Northern Railway to the Far East, said the director of the plant, Sergei Zaborskikh. – We forecast that in 2022 the production volume will increase by almost 23 percent. To achieve such an ambitious goal, we have the necessary productive capacity.

And the center for prosthetics and orthopedics “Salyut Orto” presented a new knee module with a pneumatic control system for the transfer phase. The product is unique. According to the developers, the leg prosthesis with the Steplife P5 module allows a person with disabilities to feel as comfortable as possible. Under current conditions, the price of components has increased by about half, but despite this, “Steplife P5” is 30 percent cheaper than its Western counterparts. Production capacities allow to produce at least five thousand prostheses per year.

The Baikal textile plant was officially opened in February 2021. The inhabitant of the industrial park is successfully working within the framework of the import substitution program. This is the only company in Siberia and the Far East, which is engaged in the production of gray and dyed yarn for weaving factories in Russia. By the way, all the raw materials used here are produced in our country.

we do not leave ours

The additional costs associated with supporting the special military operation did not disturb the economy of the republic. The total amount of funds provided for these purposes amounted to 1.79 billion rubles.

Much has been done. The mobilized were paid lump sum allowances in the amount of 150,000 rubles. Volunteers, contractors participating in the SVO are transferred 200 thousand rubles each. The regional treasury also reimburses the transportation expenses for sending the mobilized to their places of deployment.

About 677 million rubles from budget and non-budget sources were allocated for material and technical support of military formations. Everything you need is bought: clothes, medicines, equipment. The military who participated in a special military operation receive medical assistance. People recognized as disabled after a war injury are entitled to free social services at home. SVO participants from among orphans receive an extraordinary payment for the purchase of housing. 3,100 families of mobilized and volunteers from the “Baikal” battalion received free firewood and coal. Their children receive free school meals. The social sponsorship covers 3,811 military families.

This year, Buryatia provided assistance to the Starobeshevsky sponsored district of the DPR. 51 socially important facilities have been repaired, including four schools, five kindergartens, three apartment buildings, two boiler rooms, three courtyards and 21 sections of road. About 500 million rubles were allocated for these purposes, including 248 million from the federal budget.

By the way, the phrase “off-budget sources” today acquires a special meaning. This includes the help of businessmen, donations from ordinary people. The collection of money is carried out by ANO “Asistencia” specially created by the regional government. And control over the use of incoming funds is carried out by the Public Chamber of Buryatia. Thus, there is confidence that not a penny will be lost. “Assistance” has already concluded contracts for a total amount of more than 183 million rubles received from budget and non-budget sources. Large commercial companies collected almost 57 million rubles as charitable assistance. Farmers delivered 15 tons of meat for processing, of which 20.7 thousand cans of preserves were produced.

On the basis of the republican resource center “Dobrodom”, volunteers, residents of the republic, public organizations, representatives of the business community collected and sent more than 170 tons of humanitarian aid to the NVO zone.

The tourism industry in Buryatia showed good growth last year. For nine months, the flow of tourists to the republic almost doubled compared to January-September 2021 and amounted to 493.4 thousand people. About 2.5 thousand guests were received only within the framework of the charter program. The implementation of large investment projects in the field of tourism is in full swing: in 2022, three new residents of the EEZ of the port of Baikal were registered.