HomeLatest NewsCalviño rules out that the resolution of the TC has "impacts on...
Latest News 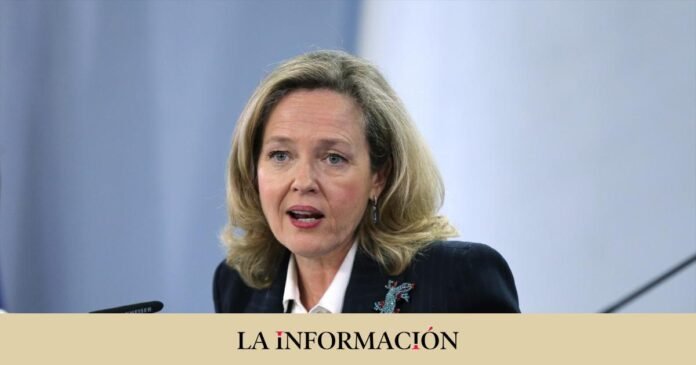 Nadia Calviño, First Vice President and Minister of Economic Affairs and Digital Transformation, has declared that the resolution of the Constitutional Court, through which it is forced to paralyze the reform of its election system, will not have “any economic impact”.

It was at the end of the meeting of the Council of Ministers when Calviño explained that this event will not have “any significance” in the business climate or in international investment. “These are not decisions that have any impact from the point of view of the economy,” he added.

In his opinion, it is about the “normal functioning of the institutions of a country”, although “it is not the normal use of these institutions”, while adding that the President of the Government, Pedro Sánchez, has made it clear that he is leaving to guarantee compliance with the Constitution and the separation of powers, “the basis of Western democracies”.

The Government blames the crisis on the PP

Pedro Sánchez has declared after the decision of the Constitutional Court to block the debate in the Senate of the norm that has just reformed the appointment of the magistrals of this same Court. The Chief Executive has indicated that the Popular Party is responsible for this institutional crisis for not respecting the popular will expressed at the polls last November 2019.

Sánchez has guaranteed that the Government abides by the decision made by the conservative bloc, but has promised measures to end the “unjustifiable” blockade. In addition, he has made a call for calm and has guaranteed that the Council of Ministers will work for “strict compliance with the law” in order to enforce the Constitution.

However, he has not advanced what measures he is going to carry out, something that the spokesman for the Socialist Group in Congress, Patxi López, has not done either. He has not followed the procedure followed by his parliamentary group and that of Unidas Podemos, which included this reform as an amendment to the norm whose purpose was the reform of the Penal Code, specifically, the crimes of sedition and embezzlement.