HomeLatest NewsCalviño supports the work of the CNMC to stop the pacts between...
Latest News 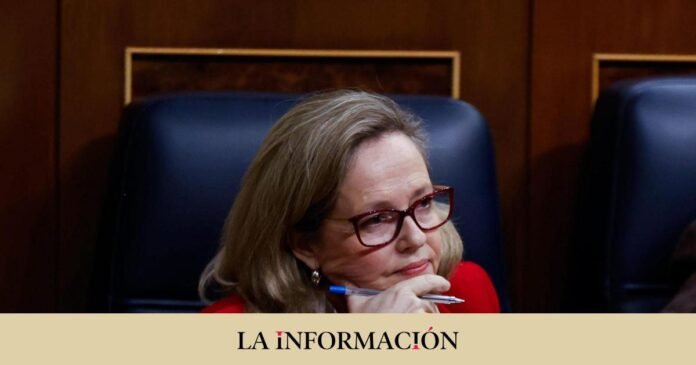 The First Vice President of the Government and Minister of Economic Affairs and Digital Transformation, Nadia Calviño, has defended that “disincentive” sanctions will be established against oil companies that engage in anti-competitive practices. The minister highlighted the boost that the Government has given to the National Commission for Markets and Competition (CNMC), when asked in Congress by the EH Bildu group about the investigation that the regulatory body has launched against Repsol , Cepsa and BP for applying fuel discounts.

Calviño has maintained that the Executive’s support for the CNMC to act with determination is total, when asked by the spokesman for the Basque group, Oskar Matute, what the Government’s action would be in view of the “precedents”. The person in charge of the economy has called for respecting the investigation process and has agreed with the deputy that the sanctions must be higher so as not to allow committing infractions to compensate against a reduced import sentence. In addition, she highlighted Moncloa’s commitment “to prevent, at this very delicate moment, anyone from taking an extraordinary benefit or a relative advantage as a result of a war at the gates of Europe.”

The economy has starred in the first part of the debate of the Government Control Session in the midst of a crisis due to the resolution of the Constitutional Court, in which the questions have been addressed to the three vice presidents. Nadia Calviño has also taken out the economic evolution of the country that she, she has assured, “resists well” despite the inflation caused by the Russian invasion of Ukraine. The minister has highlighted the inflation data, which has dropped four points, becoming the lowest in the European Union environment and has guaranteed that the work from Moncloa that is aimed at generating “tranquility, confidence and responsibility”.

For her part, the Minister of Labor and Social Economy, Yolanda Díaz has once again referred to the million permanent contracts that have been signed, after which one in two workers already have this type of labor agreement. Likewise, he has recalled the package of measures promoted from his portfolio, such as the rider law, the next increase in the Minimum Interprofessional Wage (SMI), the increase of 100 euros in the unemployment benefit and has promised to carry out a statute for the workers of culture. Also, when asked by the popular bench about their trips abroad, they stressed that Spain is already the country that has ratified the most conventions of the International Labor Organization and the role of the country in defending the social economy before the Assembly of United Nations.