HomeLatest NewsCalviño warns that the CNMC will monitor that the VAT discount is...
Latest News 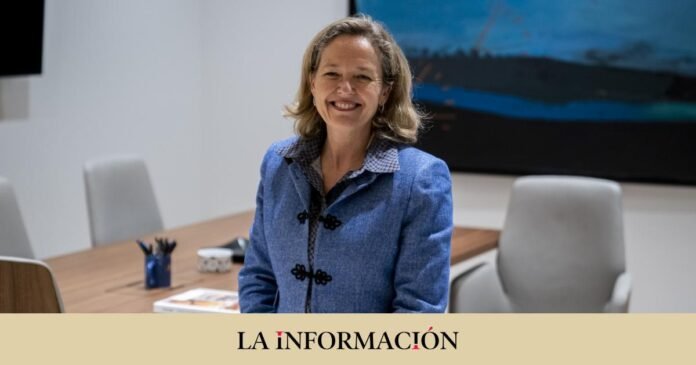 Nadia Calviño, First Vice President and Minister of Economic Affairs and Digital Transformation, announced this morning that the National Commission for Markets and Competition will monitor the transfer of the VAT reduction to food prices to find possible gaps in the market and decree sanctions that defend these measures. The royal decree-law establishes an obligation for distributors to have a positive impact on this drop in VAT in shopping baskets, so the Government must be very vigilant and attentive in order to meet the objectives set. Along the same lines, the Minister of Finance and Deputy Secretary General of the PSOE, María Jesús Montero, has affirmed that the Government is going to “monitor” that the reduction “is reflected in the specific invoice of each citizen’s purchase”.

Minutes before, Calviño was confident that “the sector, which is also very aware that it has a special responsibility at this time, will collaborate and convey this drop in prices, which will immediately be felt in the pockets of Spanish families, and if not , the CNMC will have a very clear indication of surveillance and there will be sanctions if it is not complied with” the vice president announced in the latest statements on these measures.

“Now that the price of energy is already being contained, what worries the most is precisely the shopping basket, and what we have foreseen is that this drop in VAT will continue until June, unless inflation falls faster than what we are anticipating, that is to say, if in the month of March or April we are seeing core inflation, which does not include food and energy, is already below 5.5%, well, in the last two months of the measure, May and June, a higher VAT level would already be recovered”.

The measure will be maintained at least until June 30 with the aim of reducing core inflation to 5.5%, since this rate would allow us to recover the usual VAT tax rate on these foods that have been classified as basic needs for consumers. consumers.