Canada prohibits the sale of houses to foreigners 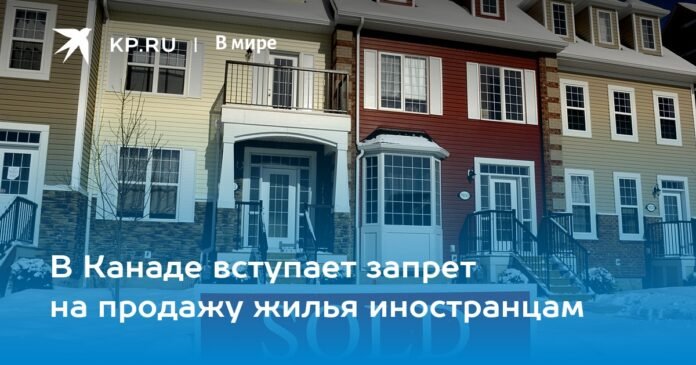 Restriction of transactions confirmed by the National Housing Agency of Canada

Since the beginning of the new year, a ban on the sale of residential real estate to foreigners, which the country’s parliament voted this summer, has come into effect in Canada.

The restriction on transactions was confirmed by the Canadian national housing agency Canada Mortgage and Housing Corporation, which also acts as the state mortgage insurer.

According to Canadian lawmakers, the law should increase the availability of housing for Maple Leaf Country residents, writes CBC News. The new rule will be in effect for the next two years and may be extended.

The exception will be foreigners who have a work permit in Canada (including temporary), as well as applicants for refugee status or their holders. Subject to a series of conditions, foreign students studying at Canadian universities will also be able to buy housing.

People who violate this law can be fined 10 thousand Canadian dollars (more than half a million rubles), and they will also be required to sell the house they managed to buy without going through the new requirement.

– Housing should not be a commodity. The law guarantees that the houses will be owned by Canadian citizens, said Ahmed Hussein, head of the Department of Housing, Diversity and Inclusion.

Share
Facebook
Twitter
Pinterest
WhatsApp
Previous article
In Karelia, a boy beaten by his father died after being in a coma for nearly two years KXan 36 Daily News
Next article
The slowdown in domestic consumption slowed GDP in the third quarter to 0.1%