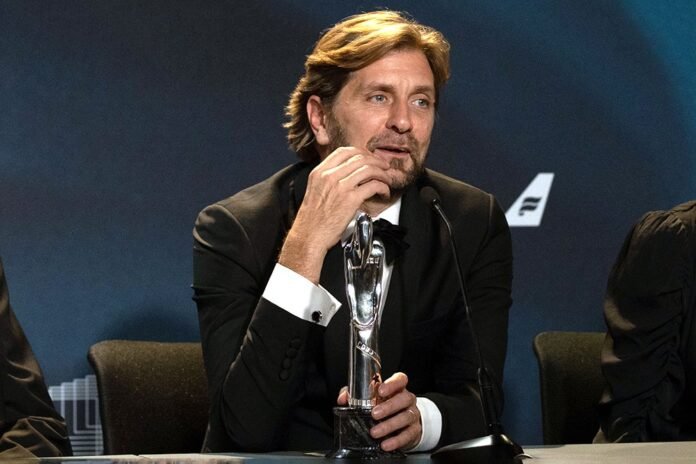 In 2023, a new “feature” of the film festival. Director Ruben Östlund, a two-time winner of Cannes, last year he received the Palme d’Or for the film “Triangle of Sorrow” (now in the Russian box office and can be seen in online theaters), works individually at the festival of cinema with the audience. On January 28, his program will be held, which is called “This is a movie!” (This is cinema!).

During the exclusive screening of “Triangle of Sorrow” at the Gothenburg Film Festival, director Ruben Östlund promises to “break the fourth wall” and enter the cinema. “He not only directed the screening of the film, but he also directed the audience in the cinema in the right way,” the film festival announces.

“Cinema has a unique aspect: it’s a place where we watch together. Watching something together enhances the experience and sets a higher standard for what’s shown on the screen. Compared to countries like France and the US, the culture of the audience in the Nordic countries is more passive Here we hide in our seats, taking less responsibility for the show After screenings we go home without discussing what we see Hardly even worth stepping away from the individual screen for a visit to the cinema like this For film culture to flourish and fully reveal its potential, the audience must understand what role they play”, says Ruben Östlund.

In addition to the program “This is a movie!” In the Draken cinema of the Gothenburg Film Festival on Saturday, January 28, several conferences will be organized on cinema as a means of disseminating culture and the social space. The future of film culture will also be one of the topics of the film festivals’ annual Shared Film Policies Summit on January 27.

“At the Gothenburg Film Festival, we don’t just want to highlight and showcase the most interesting films of the year. As a platform for experimental film experiences, we also want to spark a discussion about how we watch films during the media transition. It is important that Ruben Östlund wants to challenge traditional notions of the relationship between director, audience and film.By presenting ‘¡Esto es cine!’ at the Gothenburg Film Festival, I am proud and full of expectations”, says Jonas Holmberg, Artistic Director of the Film Festival.

Trailer of the program “This is a movie!” It can be seen on the festival website.