HomeLatest NewsCelentano - 85. The artist, who has become a symbol of sunny...
Latest News

Celentano – 85. The artist, who has become a symbol of sunny Italy in Russia, celebrates the anniversary in great shape and in the status of a living classic KXan 36 Daily News 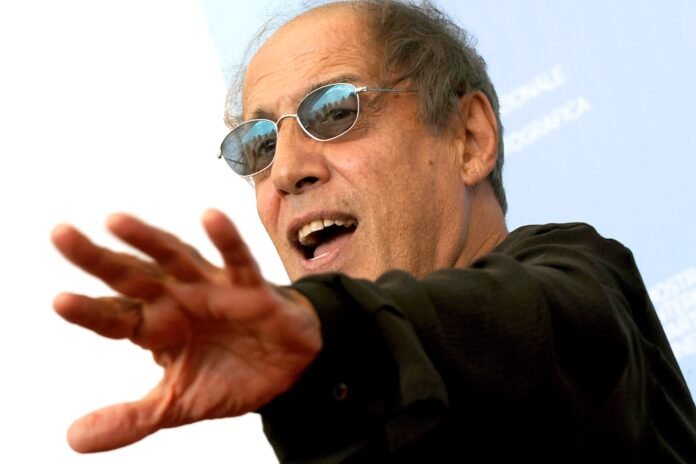 Celentano came to Russia with goofy, life-loving comedies: “Bluff” (1976) and especially “The Taming of the Shrew” (1980). And then – with musical hits in the genre of classic Italian pop music like Soli, Azzurro and especially Suzanna, securing the title of an exemplary Italian, the embodiment of the Soviet man’s dream of a sunny southern country, where all men, even blatantly ugly, they are charming and musical, and if trouble does arise, it is solely at the whims of frivolous beauties.

Meanwhile, Signor Celentano had to face more serious problems than female whims, especially at the beginning of the trip. And he became famous in his homeland not as the embodiment of “Italianism”, but exactly the opposite: as one of the first who managed to successfully adapt the American culture that flooded the Apennine Peninsula after World War II into the local realities.

Born on January 6, 1938 in Milan, on Gluck Street adjacent to the Central Station, which he later sang in his famous song, Adriano was a “Milanese in the first generation”: his parents, like many southerners, moved to the industrial capital. in search of work from patriarchal Apulia he did not lose his patriarchal way of life. Adriano was the last and fifth child in the family; his mother was already 44 years old, the difference with her older sister was 20 years, and she did not find one of the middle sisters: she died at the age of 9, four years before her birth, and the child was named after her . his. It is not surprising that Adriano had to leave school and go to the store as a “boy” already at the age of 12. At 15, like his older relatives, he mastered the guitar, and already at 17, in 1955, quite an event. The event that determined his future life happened: Adriano, like millions of adolescents around the world (except the USSR), watched an American film known in Italy as “Il seme della violenza” (“The Grain of Violence”), and we know. like “Jungle School”.

The Italian name is more accurate than the Russian; shows that the story of a school teacher, a former front-line soldier who disagreed with the school punks, is extremely far from musical “youth comedies”. But it was in it that “real rock and roll” sounded for the first time, Bill Haley’s Rock around the clock. And Adriano, like many teenagers, decided to become a rock star. The difference is that he quickly turned into her.

Now there is no need to list the English names of the groups in which a boy of 18-20 years old sang incendiary and famously danced in pseudo-English, winning all the big places and winning thematic competitions; more importantly, already in 1960, a new phenomenon – rock and roll – could not go unnoticed by Fellini, recreating in the cinema the “dolce life” of the new rich, Roman aristocrats and intellectuals. The appearance of 22-year-old Celentano in the instantly famous film in the image of himself, a rock and roll singer, strangely contrasting with his nervous rhythm and angular plasticity with stately beauties and respectable gentlemen, “drowned” on the scene legendary. in the Fontana di Trevi, which is not preceded by chance; but Adriano himself was by no means lost in the splendor of Fellini and Mastroianni, and he continued to “break horizons.”

In January 1961 he performed for the first time in Sanremo with the song “24,000 kisses” (Ventiquattromila baci). To be honest, it was quite a common pop number for that time in the spirit of the early Elvis, but that performance was remembered for two reasons: firstly, Adriano was doing military service and for his participation in the song contest, he needed the personal permission of the Minister of Defense (who was then none other than Giulio Andreotti), and secondly, before starting his expressive dance steps in the style of Elvis himself, the 23-year-old singer stood still for a few seconds, turning his back to the audience – and the jury, considering this disrespect to the public, deprived Adriano of the first place, “launched” to the second. As you can see, the morality in San Remo in the 60s was not very far from the patriarchy of Gluck Street in the 30s… Which, however, did not prevent the song about serial kisses from becoming a hit. .

And Adriano went his own way. The next milestone was not a new movie or a hit, but a clan. That’s right, Clan Celentano, in 1962, the 24-year-old artist called an independent label, on which he intended to release not only his CDs and films, but also record his like-minded friends and generally perform. with them in close cooperation. . Five turbulent years later, The Beatles did the same, creating their own Apple label, but the Italian “Clan” not only anticipated the English “Apple”, but also turned out to be immeasurably more stable, and still exists, although, there are I have to admit, “shrinking” to the family business of Celentano himself.

However, it is difficult to consider this as a “deviation from ideals” or even as a “defeat”. Celentano, over the years, not only continued his charming career (more than forty films! Fifty albums! Exorbitant ratings from the author’s TV shows!), but also naturally matured, and family values ​​u200bu200bchanged. the rebellion. Among them is the marriage with Claudia Mori, which has lasted since 1964 (in a duet with her, Celentano finally won in Sanremo in 1970), which Adriano’s several well-known novels, including the movie star Ornella Muti, could not ruin.

But not only in the direction of family values ​​u200bu200bwas its development. So, in 1972, Celentano released the absurd song Prisencolinensinainciusol, which is considered the first example of Italian rap, but can equally be considered the embodiment of the futuristic idea of ​​​​”words in freedom”, that is, an abstruse language, in music. And just look at Celentano’s 2005 performance on his Rockpolitic TV show with Ramazzotti, who would be his son, of his old song Il ragazzo della via Gluck, to make sure he’s fine with irony.

But, having entered the age, Signor Celentano, without losing his artistry and charm, gained depth. More precisely, what was always in him came out of the depths to the surface: an extraordinary mind that turned into wisdom and, inseparable from it, sadness. Including sadness at how poorly people handle the colossal opportunities that civilization has given them. Celentano never tires of talking about this from the stage, especially in his few concert-lectures in recent years, and in interviews, and about the same thing -his 2007 song “La situazione non è buona”, in which the actor 69 years old -Former author creates meanings from simple and apparently completely non-musical words. Which are mostly understandable to the Russian listener without translation: “The situation in politics is not good… the situation in the economy is not good… the situation in my kitchen is not good… The situation with my love is not good… But between you and me there is something that unites us, the air we breathe, the child we expect, the woman we adore, the smile we dedicate to someone, each one of our mistakes and our love current. “