HomeLatest NewsChina faces a slowdown in its service sector in full conflict with...
Latest News 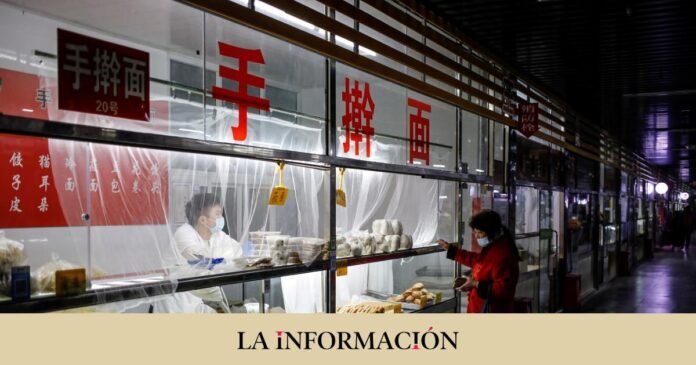 The gradual lifting of restrictions in China and the explosion of Covid cases – of which the true magnitude is unknown – are weakening the second largest economy on the planet every month. As has happened with industry, activity in the Chinese service sector contracted in December for the fourth consecutive month due to the impact of the new outbreaks and the measures that the Xi Jinping government has been decreeing to damage the front.

The purchasing managers’ index (PMI), prepared by Caixin, reveals that this setback has been somewhat less intense than in previous months. Specifically, the PMI of the Chinese services sector in December rose to 48 points from 46.7 the previous month, which implies that it remains below the 50 points that mark the border between contraction and expansion of activity. .

For its part, China’s manufacturing PMI worsened slightly in December, falling to 49 points from 49.4 the previous month, thus accumulating five consecutive months of contraction. Lower production was often related to the impact of Covid-19 containment measures on operations, including temporary business closures and lower customer demand. However, some companies indicated a relative improvement in conditions compared to November, said those responsible for the survey.

The world’s second largest economy will have grown by just over 4.4%

According to calculations by the Asian giant’s National Statistics Office, the country’s GDP exceeded 120 trillion yuan (about 17.4 trillion dollars at current exchange rates) last year. This was conceded by Xi Jinping himself this week, thus suggesting that the economy will have grown by at least 4.4% in 2022. “The Chinese economy has remained the second largest in the world and has enjoyed solid development.” Xi said in a speech.

The Chinese economy has had to face several outbreaks of Covid in the last twelve months in an increasingly complicated macroeconomic environment due to the crisis in its real estate market, an increasingly weak demand from homes and a gradual loss of steam in the demand for its products abroad -especially as uncertainty has increased internationally due to the economic consequences of the war in Ukraine and an inflationary rally from which China has managed to stabilize at the margin-.