HomeLatest NewsChoreographer Miguel - about 2014: “I fled from Ukraine! I caught...
Latest News

Choreographer Miguel – about 2014: “I fled from Ukraine! I caught the Maidan, I was scared” 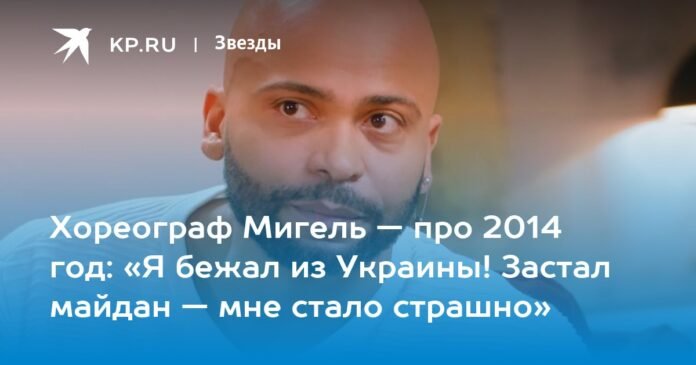 Sergei Shesteperov did not shine in Star Factory-5, in which he took part under the direction of Alla Pugacheva, but he moved from voice to dance in time and became a very popular and influential choreographer – he has been judging the dance show for many years, leading students, running a dance school. We all know him as Miguel. In an interview with Yulia Menshova, the artist told how he met his father at the age of 33, why he wanted to leave the Dancing project, what is the call of blood and Old songs about the main thing on TNT.

“I saw my father at the age of 33, he came, he lived for a month and then he left. And a year and a half later, my mother and I flew to Cuba to see him. I liked it there, but I don’t feel at home. The call of the blood happened to me when I flew to Egypt: I went out on the catwalk of the plane and realized: “Oops! And I think I’m home.” He [биологический отец] for me, a dear person, but I don’t feel what a son should feel for his father. We just need. I don’t even know what I have from my father. this is the saddest

“After working on the projects “One to One”, “Showmastogowan” and others, Slava saw me [Дусмухаметов — продюсер ТНТ] and said, “Give it here.” She didn’t want me to sit on the dance show jury at all. “Star Factory-5” was enough for me in terms of recognition; then I was afraid, I couldn’t go to the right or to the left to urinate. And I like to live an ordinary life. I want to be behind the scenes. But Slava convinced me that Dances is my project, a project for me. Although I didn’t want to, I accepted.

“I ran out of there! I caught the Maidan, I was scared. I felt like my life was threatened. As soon as I started seeing malicious people on the street, I realized that it was not safe for me to be there. There were situations where I was met with hate. And because I was black, and because I spoke Russian. Once a fight with skinheads was saved by the fact that in their group [которая хотела напасть] it turned out to be our old technician. He said, “Guys, I’m Miguel, okay. There is no need.” The last time something like this happened in Moscow was in 2003.”

“They asked me to be photographed in the image of Hippolyte. I know about the “self-irony” of fate. I have never seen Christmas lights. Change the channel, yes. As for the “Self Irony of Fate”, it is still difficult to judge. Are there classic designs that can be reworked in a new way? They can. Let’s hope. And we will understand: did the guys return to where they fled, or vice versa, invented something new?

Share
Facebook
Twitter
Pinterest
WhatsApp
Previous article
Gotoubun no Hanayome: The Quintuplets already has a release date in Mexico and Latin America.
Next article
Díaz asks the CEOE to negotiate the SMI and refrain “from working on a deferred basis”