HomeLatest NewsCommander of the long-range aviation of the Russian Aerospace Forces: all the...
Latest News

Commander of the long-range aviation of the Russian Aerospace Forces: all the flight crews of the regiment have mastered the use of “Dagger” KXan 36 Daily News 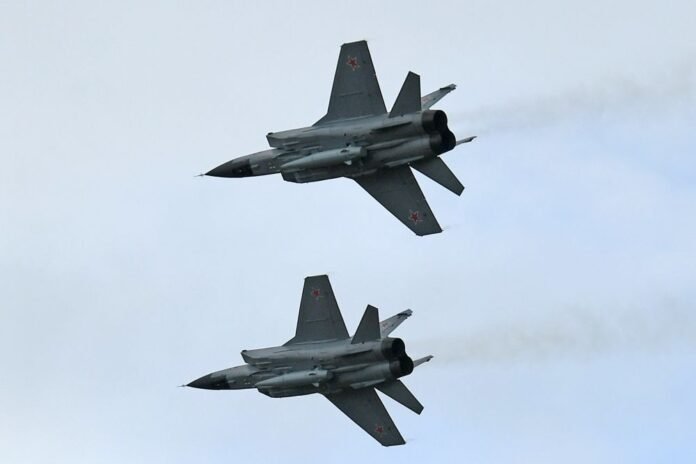 According to him, the Russian army repeatedly used the “Dagger” during a special military operation to destroy ground targets of the Armed Forces of Ukraine. Kobylash noted that this was the first use of hypersonic weapons in world history in real combat conditions, writes the Krasnaya Zvezda newspaper.

“Dagger” showed high combat effectiveness, confirming all the tactical and technical characteristics, the lieutenant general added. He noted that the combat experience gained during the special operation is constantly analyzed and fed into troop training practice.

The lieutenant general also emphasized the uniqueness of the Kinzhal hypersonic aviation complex. His aeroballistic missile is capable of reaching speeds of more than 10 times the speed of sound, while maneuvering in all parts of the flight path. This allows the missile to reliably bypass all air defense systems and hit targets deep behind enemy lines.

Earlier, the Chief of the General Staff – First Deputy Minister of Defense Valery Gerasimov spoke about the invulnerability of Kinzhal missiles for Ukrainian air defense systems, emphasizing the high efficiency of this complex. During the special operation, more than 1.3 thousand critical Ukrainian objects were hit.

Share
Facebook
Twitter
Pinterest
WhatsApp
Previous article
Russian Foreign Ministry: Russia does not reject a political solution to the conflict, but not on Kyiv’s terms KXan 36 Daily News
Next article
The latest news about the situation in Ukraine on December 26, 2022: the Ukrainian Armed Forces have a fever near Svatovo, the British are expelling refugees from their homes.