HomeLatest NewsCongress approves the Employment Law: how the new SEPE will work in...
Latest News

Congress approves the Employment Law: how the new SEPE will work in 2023 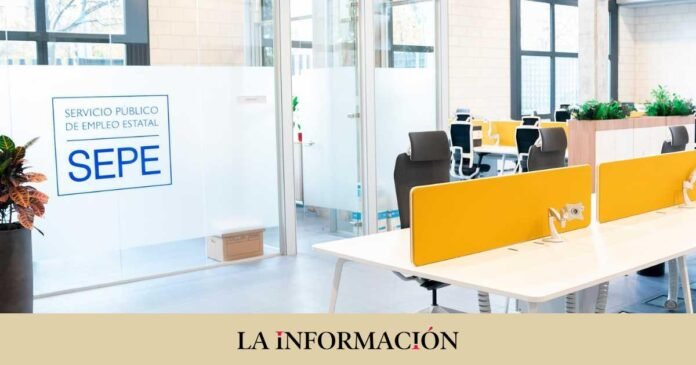 The current Public State Employment Service (SEPE) will become the Spanish Employment Agency, a public body managed by the Ministry of Labor and Social Economy. This is how the new Employment Law approved a few days ago by the Congress of Deputies dictates and whose objective is to offer individualized attention to the citizen and expand the priority attention groups. This will also introduce some novelties, such as greater control of the ERE through the Labor Inspectorate.

The second vice president and Minister of Labor and Social Economy, Yolanda Díaz, has already announced that the new SEPE will start operating within six months. Although this is the main mechanism implemented by the recently approved Employment Law, it also presents the possibility of receiving individualized support, both in person and online. Through a Common Portfolio of Services, a tutor will prepare a profile of the person, with a single employment file, continuous attention and personalized itinerary. Users will also be able to count on advice for self-employment and entrepreneurship.

However, the truth is that the new norm could still undergo changes, since the Government Bill is now going to be processed in the Senate. In the Upper House, amendments could be incorporated that seek to respond to the demands of employers, against increasing control over the causes of collective dismissals (ERE). If so, the text would return to Congress for final approval.

What will the new SEPE be like: the Spanish Employment Agency

One of the keys to the new Law is the creation of the Spanish Employment Agency, which is intended to give a new approach to public employment services and active policies, as explained by Vice President Yolanda Díaz in Congress. Thus, this public body will change its focus of action and will not only address job seekers, but also active workers who wish to improve their position and favor their working life. For this, the companies that use the public services will have the obligation to communicate their available offers.

This law requires a solid and effective management tool. The SEPE will become the Spanish Employment Agency to continue improving its operation and promoting digitization.

A strategic transformation that accompanies the paradigm shift in employment. pic.twitter.com/HO8PhDTqSh

Given that the new SEPE will be governed by the principles of non-discrimination in access and consolidation of employment, transparency and efficiency in design and execution, more priority attention groups will be exercised. This category will include people with limited intellectual capacity, people with autism spectrum disorders, LGTBI people, victims of gender violence, people in social exclusion, people over 45 years of age, migrants, beneficiaries and protection applicants. international, women victims of gender violence, gypsy people or people belonging to other ethnic minorities, and workers from construction sectors.

The Ministry of Labor aspires to facilitate the integration into the labor market of the unemployed, for which reason the norm will make their attention more individualized. The SEPE will make available to these people a catalog of guaranteed services, with an itinerary and personalized and continuous tutoring, and training for employment.

More surveillance of the causes of ERE

As usually happens with legislative changes, the new rule has been accompanied by controversy. The employers have expressed their discontent with the Ministry of Labor before the amendment that the Government of Spain agreed with EH Bildu: the Employment Law includes greater prior control of collective dismissals (ERE) through the Labor Inspectorate.

In order to improve employability, and even if the prior administrative authorization is not recovered, the modification extends the powers of the Inspectorate, which must be in charge of monitoring the causes of the ERE. In this way, it will have to express itself on the development of the consultation period and issue a report in which it analyzes whether the company justifies the application of the collective dismissal correctly. Otherwise, this public body will not be able to overthrow the ERE, but its opinion can be challenged in court.

Until now, the Labor Inspectorate has been able to carry out these checks which, with the legal change, become one more mandate in the ERE procedures. This guarantees that collective dismissals that violate labor legislation will be studied in depth.

One of the 46 amendments of the parliamentary groups that was incorporated into the Labor Commission was the final provision that modifies the consolidated text of the Workers’ Statute Law, by which the Minimum Interprofessional Wage (SMI) is shielded from seizure in all their amounts, both in monthly and annual terms.

This modification that prevents the seizure of the amount equivalent to the SMI, is applied to whatever the form of its computation, the nature of the remuneration or the period of accrual, when meeting the minimum needs.

In turn, the Government of Spain agreed with ERC to draw up a two-year plan to promote decent employment, which will be drawn up by the Ministry of Labor based on the forecasts of the Autonomous Communities and the State Employment Agency, and will consult with the employers’ association and the unions. This will be financed with the General State Budget.