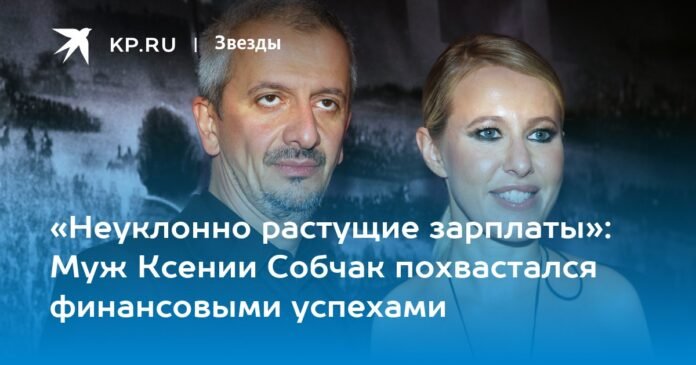 The popular theater director and husband of Ksenia Sobchak, Konstantin Bogomolov, summed up the professional results of the year on social networks. The artistic director of the Theater on Malaya Bronnaya rejoiced at the creative and financial success of his team. According to Bogomolov, he spent the past year very fruitfully: he shot a series, held performances, and gave high-profile premieres. But Konstantin was especially pleased with the achievements of the theater in the financial sector. For the first time in many years, the company was able to get its financial situation on its feet and all employees received their thirteenth salary.

“And I rejoice not only in our creative victories, but also in financial success: the theater has straightened out its financial situation in three years, it is developing powerfully, the leading brands of Russia are cooperating with us, we have cool partners and salaries in constant growth, in particular, alone, with the money we earn, we pay the thirteenth salary to all employees in December,” Konstantin Bogomolov said on social networks.

True, a few hours later the director edited his post and for some reason removed the phrase about the payment of the thirteenth salary to theater employees.

With all the financial successes, Konstantin earns much less than his wife Ksenia Sobchak. Since Bogomolov is the artistic director of the Theater on Malaya Bronnaya and runs a budget institution, not only he, but also his wife must publish their income statement every year. Thanks to this, it became known that Bogomolov earned a little more than 14 million rubles in 2021. Ksenia put almost 300 million rubles into the account. The television presenter owns six pieces of land, the same number of premium cars, nine non-residential premises, a house and two apartments. Only one apartment has been registered in Bogomolov.

“I ruined all the raspberries, because the richest wife of an official now is Ksenia Sobchak,” the TV personality said proudly in an interview, noting that this income has nothing to do with the budget of the Ministry of Culture.

Earlier, Konstantin Bogomolov said that he sees his future only in Russia. The director told subscribers on social networks that he was not going to move to another country, because he saw no reason for it.

“I’m not tired of work. I am tired of the question: will you leave Russia? No. I have no reason to leave Russia. This is my country, which I love very much. The best country on Earth,” Bogomolov wrote.

Konstantin really has no reason to leave Russia. The director is loved by the audience, his performances are always sold out. Even after Sobchak’s hurried flight to Europe, Bogomolov did not change his usual schedule and regularly went on stage. He has scheduled performances in the main Moscow theaters and the shooting of the series “Kesha”. In this project, Bogomolov acts both in the main role and in the director’s role.