HomeLatest NewsCosta faces a difficult start to the year marked by strikes and...
Latest News 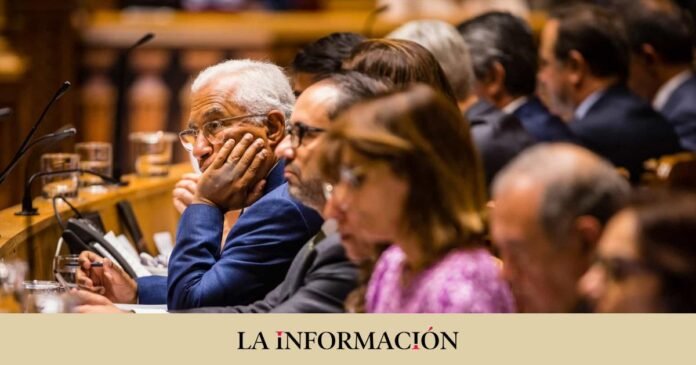 Portuguese Prime Minister Antonio Costa is facing a difficult start to the year. The leader of the Socialist Party (PS) submitted in the first week of the year to a motion of no confidence presented by the minority group Iniciativa Liberal (IL), which had no chance of success. However, this is the second time since he revalidated his charge after the January elections and follows the controversy that arose over compensation made by the publicly owned airline TAP to a Secretary of State for leaving his cargo with the company. This scandal ended up forcing the issuance of the Minister of Infrastructure and Housing, Pedro Nuno Santos at the gates of closing 2022, with the CPI at 9.9% of GDP and in the prelude to a storm of strikes scheduled for January and February.

Antonio Costa has a solid absolute majority, after seizing 120 of the 230 seats in the Assembly of the Republic in the last legislative elections, so the parliamentary control mechanism over the Government has had little effect beyond the noise of generation. In fact, the main opposition group, the Social Democratic Party (PSD), had previously announced that it would abstain from the vote to respect the will of the Portuguese expressed at the polls. So the liberal party and the far-right Chega, were left alone in favor of yes, while the Left Bloc (BE) and the animalist PAN joined the center-right by voting blank.

In the month of July, Chega presented another motion of censure due to “the chaos in healthcare, the “fuel crisis” and the “complete lack of articulation” of the Government cabinet. However, this did not have any route, since that did not have the support of another group in the legislative chamber. On this occasion, the group headed by João Cotrim de Figueiredo argued that they were activating this mechanism “in defense of the institutions” and for the “end of the political degradation that the government has brought to the country”. Iniciativa Liberal called a parliamentary debate to overthrow Costa just a few days after the minister with the most projection and weight in the left wing of the PS presented his voluntary resignation from office.

The ex-Secretary of State for the Treasury Alexandra Reis The Portuguese newspaper made public that Reis had received 500,000 euros for leaving her position as administrator of TAP in advance. The airline had agreed to pay compensation in the month of January (in which the elections were held) when it was going through a difficult economic situation that made it receive a public injection of 3.2 million euros. What arose a strong indignation among the ranks of the opposition that did not take long to ask for explanations in this regard.

In June, Reis was appointed executive president of the board of directors of Portugal’s Air Navigation (NAV), which reports to the Ministry of Infrastructure and Housing, with the approval of the Secretary of State for Infrastructure, Hugo Santos, who had also authorized to make compensation. The then minister, Nuno Santos, claimed to be unaware of both agreements, although he assumed political responsibility for the decisions made by his subordinate and right-hand man, Hugo Santos, and resigned. During the last month, Reis had held her position at the head of the Secretary of State for the Treasury, dependent on the Ministry of Finance, which has not been peppered by this scandal.

Wave of strikes in January and February

Nuno Santos has also left the political leadership of the Socialist Party, which is why some analysts consider that he could begin to oppose Costa within the formation, given that the prime minister has chosen to incorporate moderate figures and measures into his Government. In addition, the Portuguese representative will have to face a tide of protests in the streets scheduled for the first two months of the year. Teachers, railway conductors, nurses, port services, road transport, prison guards and judicial officials have called strikes during the first weeks of 2023. While the General Confederation of Portuguese Workers (CGTP) prepares a general strike for February 9, in which they will demand an increase in wages, the regulation of the working day and the repeal of “harmful norms of labor legislation.”

Portugal has closed the year 2022 moderating inflation, which remains high, given that the latest CPI data for November stands at 9.9% of GDP. Just two tenths below the previous month’s record. This rise has been especially noticeable in the shopping basket, since the price of food and non-alcoholic beverages has increased by almost 20% over the last year. A period in which the price of housing has grown by more than 18% and transport by 8%, which has had a direct impact on the pocket of Portuguese families.