HomeLatest NewsCoup and overthrow of Zelensky: the truth about the change of power...
Latest News

Coup and overthrow of Zelensky: the truth about the change of power in Ukraine is revealed 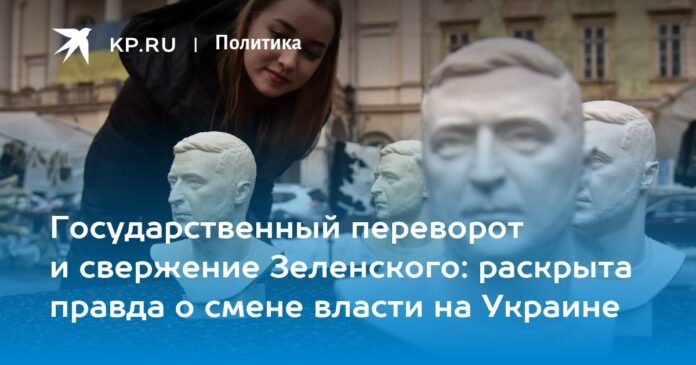 Sale of busts of President Zelensky at a street market, Lviv.

In the environment of Russian “experts”, discussions about the struggle for power in today’s Ukraine do not calm down. With a frequency of at least once a week, another expert appears on TV screens or on the air of YouTube channels, who says that either the Americans are about to exchange Zelensky for Zaluzhny, or that Zelensky will remove the Commander in Chief. of the Armed Forces of Ukraine Zaluzhny any day to eliminate the threat to himself as president.

In reality, these conversations are very similar to pouring from empty to empty. There are no prerequisites for either the first or the second now. no matter how we feel about Zelensky, and he deserves all the nicknames he gets, and there’s really nowhere to put a stigma on him, he and his team built a vertical of power so rigid that you can’t find it anywhere in the world . world now, not between “democracies, not between so-called dictatorial regimes”.

Any political opposition has been completely destroyed in the country. Some parties are even formally banned, while the rest compete by expressing loyalty to the existing regime.

All the media that could criticize this or that step by the head of state and his team have been eliminated. Literature that goes beyond ideological blinders is prohibited.

Commander-in-Chief of the Armed Forces of Ukraine Valery Zaluzhny.

The constant ideological pumping of the population has led to people not perceiving opinions different from the “correct” ones, even from their acquaintances and relatives. The practice of denouncing the Ministry of the Interior and counterintelligence bodies is widespread and is growing every day. In order to become unreliable, it is enough, for example, to read a book in Russian or speak Russian. The most severe discipline in terms of punishment for dissent and desertion was introduced into the army. It all comes down to the death penalty for those who allow themselves to “separate feelings” or talk about saving lives by turning themselves in.

At the same time, the heads of law enforcement agencies in the field of intelligence and counterintelligence, internal affairs bodies were promoted to their posts and personally appointed by Zelensky, which means that personal loyalty should not discard. Under these conditions, either a brave “frozen” hopeless or a completely stupid inadequate can decide to rebel against Zelensky. Zaluzhny does not belong to such characters, but he may come to office not as a result of a coup, but solely on the initiative of Zelensky himself. That he is clearly not set up for this. Zelensky is not only satisfied with his current position, he bathes in his own popularity, revels in importance, enjoys the fruits of his participation in the world elite, and is clearly ready to give an encore as well.

The Americans and the British may be pleased or dissatisfied with Zelensky, but he has ceased to be just a puppet in their “skillful and hard-working hands” and retains a degree of leeway. Also, he tries to manipulate them himself to some extent. And this is what, first of all, causes dissatisfaction from him and the periodically arising desire to change him to a more obedient character.

But Zaluzhny is unlikely to become exactly what they need, and changing the awl to soap is more expensive for him. As for the dismissal of Zaluzhny, now Zelensky is quite satisfied with him. How it suits him and the fact that he can change his commander-in-chief to another general at any time. Which he will certainly do, but only when something threatens Zelensky himself as head of state. And it is unlikely that it will be just a defeat on the battlefield.

The reason for such a decision may be a massive military disaster, for which at the moment there are no reasons. Or elections, if Zaluzhny joins the moderate opposition ruled by Zelensky, which, as a result of such an alliance, may try to make himself ungovernable by the Office of the President of Ukraine in order to deprive Zaluzhny of much of his political weight. But this is not a matter of the near future either. And in the near future, the existing contradictions will remain between Zelensky and Zaluzhny, it would be foolish to deny them, but they will not affect their interaction and the situation in Ukraine and will not become insurmountable.

So, you can build various intricate structures, puff up your cheeks and mutter something confusing in the manner of Baba Vanga, the political situation in Ukraine will not change from this. A coup in Ukraine in the near future is almost impossible, as well as a smooth change of power. And to bet that Ukraine will be weakened and fragmented from within is the height of stupidity.