HomeLatest NewsCovid, inflation... Spain is no longer a country of bars and seven...
Latest News

Covid, inflation… Spain is no longer a country of bars and seven close every day 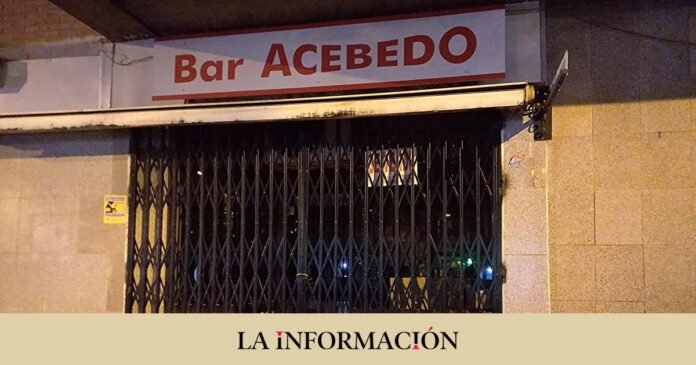 Spain is a country of bars. Or at least it was. According to the yearbook of the hospitality employers, Hostelería de España, the country has lost 24,470 bars in the last decade. An average of almost 7 bars a day. In 2021 alone, more than 7,000 bars in Spain disappeared. In 2022 there were 175,029 bars when in 2012 there were almost 200,000. However, those that remain are the restaurants, which add up to 80,365, a figure similar to that of 2019, before the pandemic and 10% more than a decade ago. But the bar of a lifetime is gradually disappearing from our streets and the bleeding becomes more evident in the neighborhoods of the cities and in the towns of rural Spain.

“A town without a bar is a ghost town. He dies”, they say in Sardonedo, in the páramo of León. A district of just 150 inhabitants that in September was left without a bar. “It was the meeting place. The place where we retirees went to play the game in the afternoon, where the weekend visitors went to have an aperitif on Saturdays and Sundays…” But in September, when the person who ran it fulfilled the contract of rent of the Bar Las Escuelas, and when the summer ended -the time of greatest ‘business’- the bar closed. And so it continues months later. “The little life that the town had is over,” says a neighbor. “A village bar is the best medicine against loneliness,” says another. “Without a bar, it’s been a sadder winter in Sardonedo,” he says.

But the closure of small bars, which has accelerated with the pandemic, is not just an ‘evil’ of small towns. In the cities, in their peripheral neighborhoods, far from the center, ‘evil’ also spreads. In the Hortaleza district of Madrid, twenty minutes by car from Puerta del Sol, the Acebedo bar has been closed tightly for months and with the for sale sign between the glass and the blind. Where before, beers and coffees were served and breakfast, for example, many workers from the neighborhood, now there is only silence and darkness.

A little further on, also in the Hortaleza neighborhood, the Nueva York bar was the meeting point for the “soccer fans” of the area. Decked out in team scarves from all over Spain, Europe and South America, Nueva York was the quintessential neighborhood bar. The coffees and cheers in the morning, the beers and their appetizers of wings or tortilla at noon, football on television at all hours…

But the pandemic came and changed everything. Emilio, who had been running it for years, no longer cared about the business. He asked the city council for a terrace license as salvation for the bar, but the neighborhood opposition and the refusal of the council to install “half a dozen tables” in the square next to the establishment made Emilio give up, who closed the bar and went to Romania, his native country, to embark on new paths. Without New York, this area of ​​the Hortaleza neighborhood would be left without a bar… “And almost lifeless,” says Pedro, who was a regular at the place.

The President of the Hospitality Industry of Spain, José Luis Yzuel, explained this week when presenting the data from the hospitality yearbook that a decade ago because “those that open are larger and more versatile”.

This annual report shows that hotel businesses billed an average of 30% more in 2021 than in 2020, although compared to pre-pandemic data, they represent a decrease of over 33%. Specifically, the production of the sector was 87,816 million euros, with a contribution to GDP in terms of GVA of 4.4%.

Regarding employment figures, 30,000 more workers were reached than the previous year, reaching a total of 1.4 million. The recovery was mainly reflected in the exit from the ERTE situation of many of them, which at the end of 2021 were 37,000, compared to the 343,000 workers that there were at the beginning of the year. However, employment was still at the average for the year, 250,000 fewer workers than in 2019.

Figures and figures, which perhaps hide the reality that says that the village bar closes in Spain. As is the case, for example, in Castell de Cabres, the smallest municipality in Castellón, with 22 registered inhabitants, but a real population of 10 people during the year and on weekdays. There, the owner of the only bar retires and the bar-restaurant La Espiga closes after 33 years of life, opened in 1989, and leaves its few inhabitants “orphans”. “Without the bar, nothing will be the same,” a neighbor sadly says.