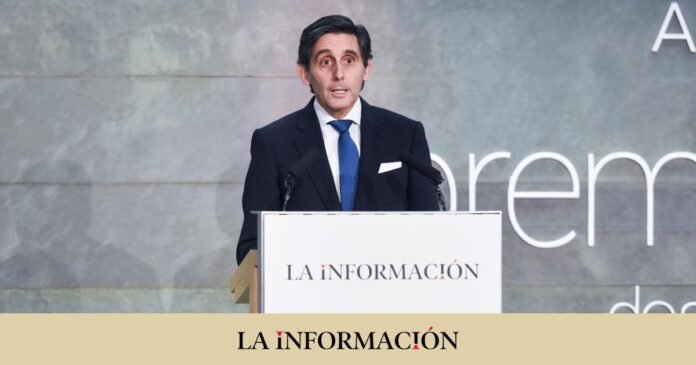 Criteria Caixa, the holding company of the La Caixa Banking Foundation, has accelerated the purchase of Telefónica shares at the end of 2022 to exceed 187 million euros since January, more than six times the amount made in 2021, when it allocated only 29 millions .

After these operations, the participation of the firm chaired by Isidre Fainé rises to 2.12% of the capital, which places it as the fifth largest shareholder behind BBVA (4.99%), Blackrock (4.98%), Caixabank (3.5%) and Vanguardia (2.3%), according to data consulted by ‘La Información’.

Only this month of December, Criteria has acquired 4.6 million shares of Telefónica compared to the 54.6 million accumulated since January. In total, it has 122.8 million titles valued at around 416 million euros at current prices. In the annual computation, the firm has raised its percentage from 1.2% to 2.12%. In 2018 he bought a 1% package for 400 million when the price easily exceeds 7 euros per share, while in 2019, 2020 and 2021 he barely added 0.2% to that percentage.

Throughout the year, in the absence of knowing if it has continued to buy securities in the last week, the company has notified a total of 169 operations, compared to the 45 that it reported to the National Securities Market Commission (CNMV), according to data from Europa Press (EP).

Criteria has centralized its purchases in the second half of the year, especially in the months of August and September with 57.3 million euros and 47.9 million euros in purchases, respectively 56.8% of the total for the year. On the contrary, in February and June it barely filed three notifications and in April it barely carried out four operations, according to EP.

Criteria’s movements are the most relevant in Telefónica’s shareholding, with the permission of the other package in the orbit of the ‘Caixa universe’, which is still in the hands of its contributed bank Caixabank. Its percentage was reduced last month from 4.5% to 3.5% after the cancellation of part of the coverage that the bank had on the operator.

At the end of January, the bank had contracted derivatives on 1.95% of the capital with the aim of protecting itself from Telefónica’s stock market falls. In the last five years, the entity led by Gonzalo Gortázar has carried out up to three operations of this type with an accumulated capital gain of around 270 million euros between 2018, 2020 and 2022.