HomeLatest NewsDaggers in the back with gas and politics that mortgage the future...
Latest News

Daggers in the back with gas and politics that mortgage the future | Opinion of Rubén J. Lapetra 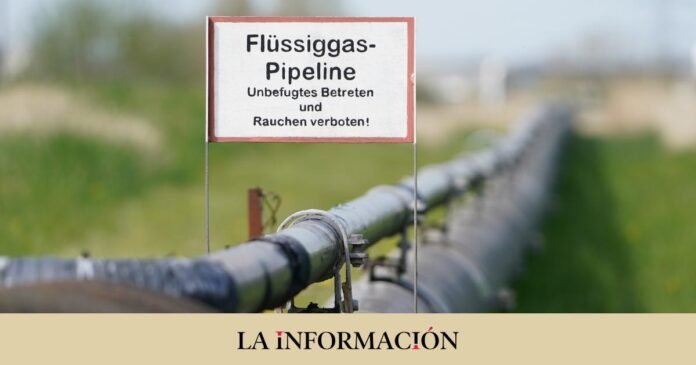 The start of the natural gas crisis in Europe will end in 2021 but it will be transferred with all its energy to 2022 and should reach its climax in 2023 when society opens its eyes to the origin of the fuel that lights its radiators, heats the water from their showers, illuminates their houses and moves their economy. The denouement, however, will surprise almost no one: a taste of falsehood and a look the other way as a principled murder takes place. In this new version of daggers in the back, we Europeans have received the greatest economic, moral and geostrategic self-esteem blows with the inability to stop the invasion of Ukraine, a country called for EU membership that continues to be attacked by Russia .

Ten months after the rants and bravado from Brussels to veto the import of fuel from Russia, the reality is that we continued to import gas from Russian territory as if nothing had happened. In fact, statistics tell us that 17% of the gas supply in Spain in November originated in Putinland, that country you are talking about that nobody wants to know about but to which everyone turns to feed on raw materials of any kind. class, from agricultural like wheat to industrial like nickel or aluminum; and the full range of non-renewable energy sources such as oil and its derivatives, gas and even uranium from nuclear energy.

Many still wonder how we became Russian dependent to the level of turning a blind eye to trade relations despite going to virtual war with Europe and real war with Ukraine. Measures for the gallery such as establishing gas price caps at 180 euros / MWh for the Dutch TTF reference (10 times the ‘normal’ pre-war gas price) does not mean any punishment for Russia or protection for the European economy. It is only the capitulation in a position of weakness at the negotiating table out of the spotlight, after prices marked their record close to 350 euros/MWh last year. The Iberian top of 40 euros / MWh for gas for electricity generation, the star measure of Pedro Sánchez’s team, has worked the miracle that electricity consumers subsidize gas bills without saying a peep despite because Moncloa has scored it as another triumph of its politics.

The 2022 gas supply crisis, not oil, has caused the biggest inflationary turbulence in decades, and a chain reaction of the economy and monetary policy whose true effects will be seen throughout 2023. The latest data in The hands of the Government point to a deficit in Spain’s energy balance that will be close to -50,000 million euros in 2022, a hole of unaffordable dimensions that will not appear on the news and that the responsible ministers Teresa Ribera and Nadia Calviño will try to fill. silk when it is terrifying to all lights.

The Spanish energy bill will far exceed 90,000 million euros in the last twelve months. It means that, as a country, to raise the blind you have to pay that money to other countries, twice as much as in 2021, 2020, 2019 and much more than in the previous years of the statistical series of the Ministry of Foreign Trade. The greatest mystery yet to be explained to the public through a serious debate in the Congress of Deputies is how, why and when the USA became the largest gas supplier to Spain through LNG methane tankers.

Almost a third of the 25,000 million euros per year in Spanish imports of this fuel will go to US territory, while the gas pipelines with Algeria will have halved their supply in a matter of a year. Nor is it understood that more gas is bought from Russia in 2022 in the middle of the war than in 2021 without it. In reality, the true Spanish strength in the energy war between Washington and Moscow has been to maintain an equidistance measure to ensure the supply, but at the same time it is necessary to rework certain speeches from the Government for its speakers and Púcatrolian debaters defined.