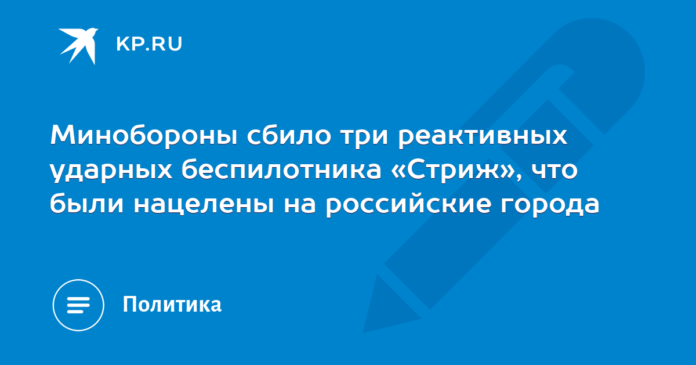 The Russian Defense Ministry announced on December 29 that the Armed Forces of the Russian Federation had launched a massive air- and sea-based long-range precision weapons attack on the military command and control system and energy facilities that ensured the operation of the companies. of the Ukrainian military-industrial complex.

This is how the official representative of the military department, Igor Konashenkov, described the results of this attack at the last briefing: “The purpose of the attack was achieved, all designated targets were hit. As a result of the strike, the production and repair of military equipment and ammunition was stopped, as well as the transfer of reserves of the Armed Forces of Ukraine from the western regions of Ukraine. As a result of the violation of rail transport, foreign weapons supplied to the Armed Forces of Ukraine are blocked in the rear areas.”

The lieutenant general also reported data on the losses of the Armed Forces of Ukraine per day: up to 60 Ukrainian servicemen were killed in the Kupyansky direction, more than 40 in Krasno-Limansky, up to 50 in Donetsk and more than 70 in Yuzhno -Donetsk.

Dozens of tanks, armored vehicles and trucks with mortars were burned along with the infantry and paratroopers.

Also during the day, the missile and artillery forces of the troop groups hit: a radar station of the Ukrainian S-300 anti-aircraft missile system, two US-made AN/TPQ-50 counter-battery radars, two self-propelled artillery 2S1 Gvozdika, a Grad ”multiple launch rocket system vehicle, D-20 and D-30 howitzers, another 73 artillery units of the Armed Forces of Ukraine in firing positions, as well as manpower and military equipment in 86 districts.

Fighters of the Russian Aerospace Forces over the Donetsk People’s Republic shot down a MiG-29 plane and a Mi-8 helicopter of the Ukrainian Air Force.

7313 – tanks and other armored fighting vehicles.