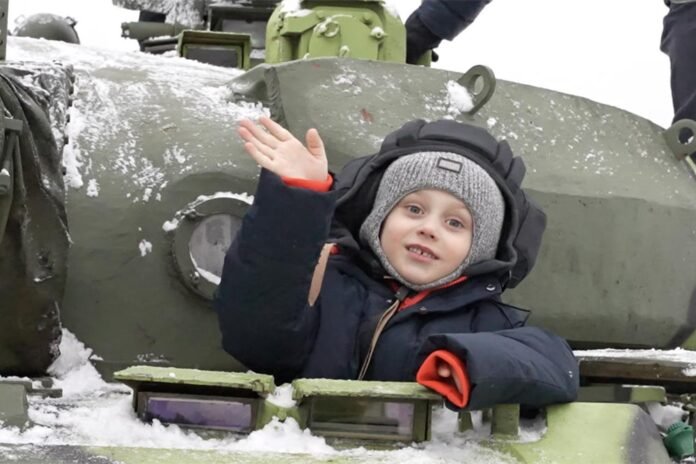 The general deleted Makar’s message from the Christmas tree, in which he asked Father Frost to organize a tour of the museums of military equipment. The Deputy Minister of Defense helped make this wish come true.

The boy and his family were invited to the Patriot military-patriotic park near Moscow. There they visited the museum complex, had lunch on the bench in the Partisan Village, and also saw what the T-62M tank is capable of on the battlefield.

Then Makar, together with his family, visited the laboratory for the repair and restoration of military equipment and weapons, where the boy was awarded the “Young Restorer” certificate.

Earlier, Russian President Vladimir Putin granted the wish of his sister Agatha, the girl who dreamed of seeing the northern lights and taking a ride on a reindeer sleigh.

The Russian Defense Ministry recalled that the Wishing Tree charity event is being held in military units and military garrisons in different regions of the country. Commanders and heads of the army, officers and family members of the military participate in the action.

In particular, they held their “Christmas Tree of Wishes” on Christmas Eve at the Vladimir Missile Association of the Strategic Missile Forces. Its commander, Lieutenant General Oleg Glazunov, helped to fulfill the New Year’s dreams of two children at once.