Despite Angelina Jolie: Brad Pitt’s new lover is 30 years younger than him 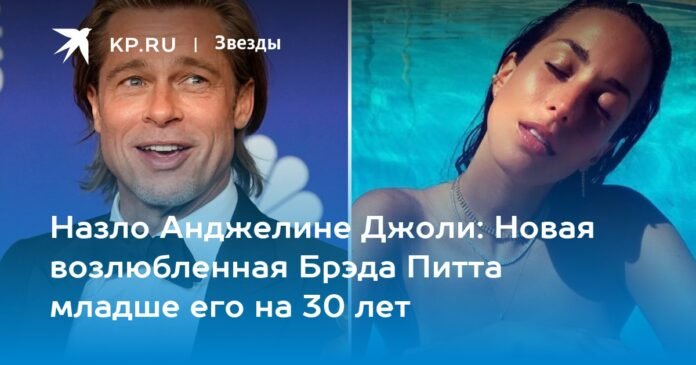 Rumors that Brad Pitt is dating the spectacular brunette Inés de Ramon have finally been confirmed.

Rumors that Brad Pitt is dating the spectacular brunette Inés de Ramon have finally been confirmed. The actor recently celebrated his 59th birthday. Sources close to the artist said: Pitt celebrated his birthday with a new girlfriend. The lovers laughed and held each other all night. Brad’s chosen one is exactly 30 years younger than him. But such an age difference does not bother the couple at all.

“Brad and Inez are now officially dating, they really like each other’s company and are having a great time,” a source told USWeekly.

According to acquaintances, Pitt and his girlfriend have been dating for several months. They don’t rush things and until now they only look at each other.

Inez is the ex-wife of The Vampire Diaries actor Paul Wesley. They got married in 2018 and lived together for four years. The couple officially divorced just two months ago. They say that Brad has already introduced the girl to her friends: Cindy Crawford and her husband Randy Gerber, as well as Sean Penn.

The brunette beauty makes a living as a fitness trainer and model. Previously, she collaborated with well-known jewelry brands. And now the girl herself oversees the proper nutrition of the wealthy residents of Los Angeles. Inés is fluent in several foreign languages: German, English, Spanish, French and Italian. She received her degree in business administration from the University of Geneva in 2013 and is also a certified nutritionist.

For a long time, Brad did not meet with anyone, since he was fully immersed in the fight with his ex-wife, Angelina Jolie, over custody of the children. Brad and Angelina broke up five years ago, but are still fighting in court.

According to one of the actor’s friends, Brad dreams of finding a woman with whom to spend his remaining years. But the noise around her name and the endless scandals with the ex-wife do not leave the slightest chance for this. As soon as a woman appears next to him, at least a colleague from work, the paparazzi immediately inflate a feeling for this.

The brunette beauty makes a living as a fitness trainer and model. Photo: social networks.

“Brad is serious: he really wants to find someone he can spend the rest of his life with,” a source previously told US Magazine. “The problem is that he hates dating and he can’t even go out for coffee with friends without gossiping about it.