HomeLatest NewsDirector James Cameron will try to "stop time" for the filming of...
Latest News 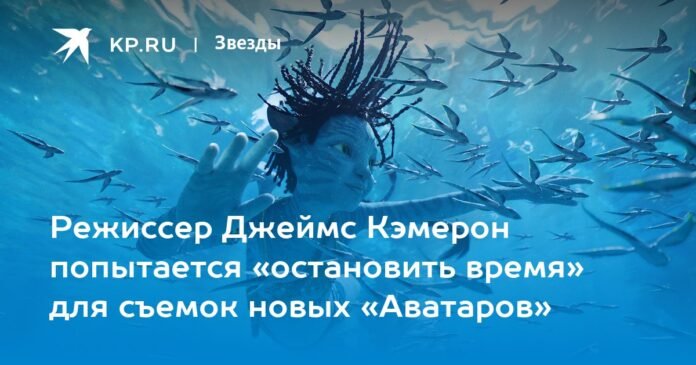 Frame from the blockbuster “Avatar 2” by James Cameron.

The premiere of the second part of the fantastic saga “Avatar” continues at the American box office. In Russia, they say, some theaters have illegally started showing a movie called “Supermen.”

The sequel was called “Path of Water”, it opens a new run of the Avatar universe and a lot of underwater filming. Meanwhile, the director of the project, James Cameron, who, like Nikolai Gogol, destroyed the working version of the script for Avatar 2, revealed some details of the filming of the third and fourth parts of the project. Yes they will, and they are planned for 2024 and 2026.

The creator of the picture explained that while working on “Avatar-2″ it was necessary to look into the future, and in order not to miss the tender age of some of the actors in the picture, they had to shoot a few episodes in advance: for ” fix” the artists in the form in which the viewer must later see them.

Avatar: The Way of Water stars young artists Trinity Jo-Lee Bliss (she was 7 at the time of the film’s creation, now 13) and Jack Champion (he was 12, now 18). According to Cameron, because Champion “was growing like a weed”, he had to shoot bits for the second, third and fourth parts of the film at the same time.

“Otherwise you get, even though I love Stranger Things, but you get the Stranger Things effect where the characters are still supposed to be in high school, but they look like they’re 27.” Cameron explained this move.

In each subsequent part of Avatar, the audience will get acquainted with new locations and biomes.

“Each film will introduce viewers to new clans, new cultures on Pandora,” the director said. “Once we introduce a character, it’s still part of an ongoing evolution. We just add it. The third part, which you will see inside the fourth part, and so on.