HomeLatest NewsDmitry Peskov said that the security of the new regions is a...
Latest News 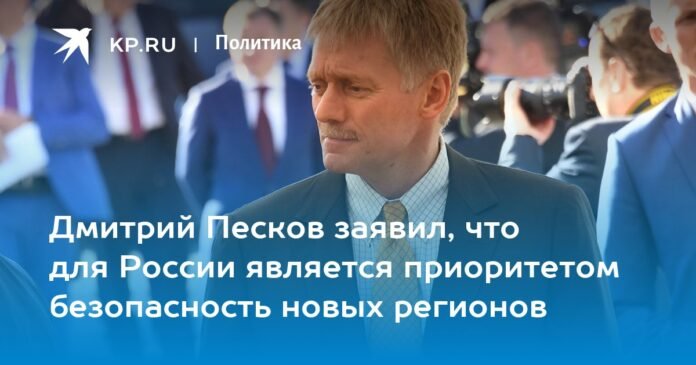 … – Today is the Day of the Constitutions of the DPR and the LPR, where the parliaments adopted the Basic Laws, – the journalist from Komsomolskaya Pravda began a conversation with the official representative of the Kremlin on Friday, December 30 on this topic. – What is the Kremlin’s reaction to these steps? And is it so important now, after the republics became part of the Russian Federation?

“Well, look, the process of integrating these republics into the legal, legal, economic and social space, into the security space of the Russian Federation is in full swing,” Peskov noted. – And, of course, the main thing for us is that your safety in the republics be ensured as soon as possible.

As you know, guaranteeing the safety of the people who live there is the main objective of our operation (special military. – AG), the President spoke about it.

For us, the main thing is that these republics confidently take their place among all the subjects of the Russian Federation.

On this day, Dmitry Peskov congratulated representatives of the Russian and foreign media on the upcoming New Year, wished them health, happiness and new career achievements.