Early retirements support their requirements to save pensions 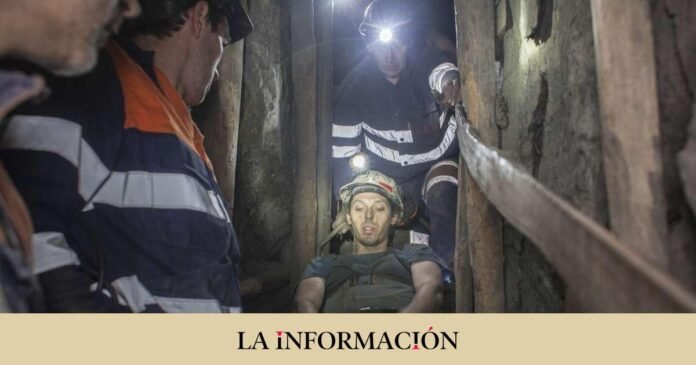 There are not a few workers who wonder what are the requirements to retire or retire early when they approach the end of their working life. As has been the case since the 2011 pension reform, each year the ordinary retirement age experiences a slight delay of two months, which aspires to be extended until 2027 and set at 67 years. In this way, for 2023, the retirement age will be 66 years and four months for those people who have contributed for less than 37 years and nine months. But what about the early retirement age? The conditions for retirement in advance will also be postponed, although not the same for everyone, but the formula that the citizen accepts has emerged.

In accordance with the provisions of the Social Security regime, there are two types of early retirement: voluntary and forced. The difference, as can be guessed, is whether the decision to retire earlier has been made by the worker or not. Thus, when the employee is not the one who decides, but the company for which he works, either by necessity or by the will of the company itself, we speak of a forced situation. However, it is not enough that the dismissal occurs, but rather that the worker must be at least four years younger than the ordinary age at the time. The death of the employee, his retirement or permanent disability, being a victim of gender violence or due to legal causes or force majeure will also be interpreted as forced retirement.

Does opting to retire early this way affect the pension? As in the case of the voluntary, in forced retirement, when calculating the pension that will remain for the retiree, some reduction coefficients will be applied that will reduce the monthly payments of the benefit. Said percentages oscillate between 30% with the maximum advance, and 4.75% with only one year of advance. For their part, self-employed or self-employed workers cannot access forced or involuntary retirement.

Whoever retires early on their own foot should consider that their pension will decrease the amount to be received between 21% and 3.26%, depending on whether they advance 24 months or one month, as established in the latest reform of the pensions of 2021, which has entered into force this 2022 and, therefore, will be maintained during next year. Along the same lines, by regulation it will be allowed to anticipate the retirement age after the previous completion of various studies on the accident rate in the sector, hardship, dangerousness and toxicity of working conditions, its incidence in the processes of work incapacity of workers and workers Requirements physical or mental required to continue with the development of the activity from a certain age.

The application for its concession will be submitted electronically and must be accompanied by the identification of the labor activity at the national level, as well as the identification of the occupation or professional group specifying the specific functions that are developed and the specific labor that there is a high degree of exposure to toxins, mortality, physical demand… to the financial balance of a pension system in critical condition.

For this reason, the application of the corresponding reduction coefficients and studies “would in no case give rise to the fact that the interested party can access the retirement pension with an age of less than fifty-two years.” In addition, the coefficients will not be taken into account, in any case, to access partial retirement or for retirees older than the established age.

Which workers can retire earlier?

The main effect of the new reduction coefficients and penalties is that it is increasingly difficult for workers to request this modality. But not all work activities are affected. The Social Security transparency portal reflects in a standard list the jobs that allow you to request early retirement, charging 100%. This is without losing money. Each of them has its own conditions.

Share
Facebook
Twitter
Pinterest
WhatsApp
Previous article
Biden in a Christmas message admitted to “meanness” in relation to others KXan 36 Daily News
Next article
Sergey Kravtsov: There is no shortage of teachers in the new regions of Russia KXan 36 Daily News